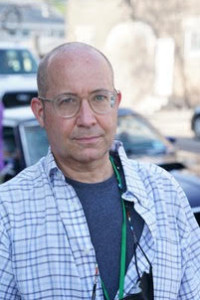 Name a show that’s filmed in Chicago in the past twenty years and there’s a pretty good chance Rich Lederer was a part of it. Now, the veteran of everything from the Fox hit Empire to the classic Windy City series Early Edition finds himself leading Chicago’s hit series for Starz, Power Book IV: Force. Rich serves as Line Producer for the show, and graciously stopped by SCREEN for a quick chat about the new season that is currently underway.

As we spoke with Rich this week, the team is in the midst of filming the fifth episode of Season Two. As for the team’s cinematic approach to shooting this new season, “I look forward to making Chicago even more of a character on Force,” Rich shared with SCREEN. “This season, we will delve deeper into Chicago’s underworld, the neighborhoods that really represent Chicago that you don’t see on the screen.”

“Filming this season has been going great,” Lederer declared to SCREEN. “As someone who grew up here It is exciting to discover new places, and humbling going back to old haunts. We get to cast avant-garde locations in the show every filming day.”

One of those elements Rich was sure to mention was the vast wealth of mural art presented in the city. The Force Line Producer sent over a couple of vibrant photos to share with SCREEN…

Chicago Talent in the Spotlight

What’s been most exciting for Lederer about this series has been the rise of Chicago talent, namely the show’s star and born-and-raised-Chicagoan Joseph Sikora. “I worked with Joseph in the 90s,” Rich shared with SCREEN. “He was a day player on My Best Friends Wedding and now he is solidified himself as the lead actor on a hit series. His leadership and appreciation for the crews’ hard work creates a great work environment for everyone on the show.”

For more from Joseph and Executive Producer 50 Cent, here’s a compelling interview from XXL Magazine…

The team behind Force deserves some kudos, and Rich is here to give it. “The shooting crew is a varsity Chicago team, led by our DP Jody Williams. I have worked with Jody for 20 years as we both rose through the ranks while staying put in Chicago. Our 1st AD Jim Giovannetti is a local legend… He was John Hughes’ AD-then-producer. We first met in the 90s when I worked as his 2nd AD.”

And one final shoutout from Rich: “Finally, teaming with a Chicago veteran James McAllister as the show’s Co-Producer rounds out a hall of fame team!” McAllister’s extensive resume includes The Dark Knight, Man of Steel, and Divergent.

What Fans Can Expect from Season Two

As for what fans of the show can look forward to in Season Two, Lederer understandably couldn’t share much, but promised “some new characters for Tommy to navigate as he takes further steps to rule over Chicago.”

Several of those may come in the form of veterans of the city’s celebrated #OneChicago triumvirate of Dick Wolf shows. Chicago P.D. actor Carmela Zumbado and Miriam A. Hyman of The Chi are among the latest additions to the Season 2 cast. Click here for SCREEN’s lowdown on these new characters and several others coming to the new season.

50 Cent and the Long Wait

Earlier this year, the greenlight for Season Two took a bit longer to come than expected, prompting a high-profile protest from rap icon and series Executive Producer 50 Cent. But Lederer remained certain that second season was on the way. “Once the premiere’s rating came in we never had any doubts of a season two,” Lederer shared with SCREEN. “The premiere was the highest rated premiere in STARZ history!” More specifically, that debut gathered a whopping 3.3 million cross-platform viewers, the biggest tally for any Starz premiere to date.

Be sure to check back here at SCREEN Magazine for news on Power Book IV: Force. You can also click right here to subscribe to our weekly email newsletter.