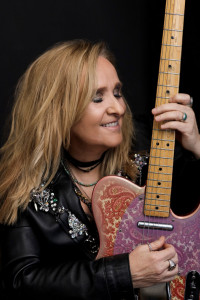 Melissa Etheridge, the singer, songwriter and activist whose distinctive, smoky vocals, heartland ballads and love songs have earned her multiple Grammy nominations and wins, as well as an Academy Award, will be performing during the upcoming AMP Awards for Music & Sound.

Etheridge will be introducing several categories during the presentation, set for July 22 at 7 pm ET. Her appearance, courtesy of BMG, is in support of her new album, “One Way Out,” set for release on Sept. 17, 2021. The artist will perform a new song from the album, as well as one of her most memorable hits.

Enjoy the title track to Etheridge’s forthcoming album, “One Way Out,” here:

Viewing the AMP Awards is free, courtesy of AMP sponsors, but registration is required. To RSVP for the show, which will premiere on Zoom, go to the RSVP page linked HERE.

In her comments during the performance, Etheridge recalls the impact her producer, Hugh Padgham, had on her career, in words that AMP members can take to heart: “Thank god I listened to my producer!”

“Melissa is a songwriters’ songwriter, and her role as an inspirational artist and activist fits in perfectly with how music has helped lead advertising through a very challenging year,” says Groove Guild’s founder Al Risi.

A member of the AMP Awards Committee as well as the AMP Board, Risi has been the person behind all of the performances the AMP Awards have presented since the second year of the show. “We’re beyond excited that she’s agreed to perform these songs exclusively for our audience,” he adds, “and we’re so grateful to Melissa, her manager, Deb Klein, and to Charlie Davis at BMG for helping to make this a reality.”

The AMP Awards virtual presentation is made possible through the generous support of a who’s who of sponsor companies from the publishing, label and licensing fields. Leading off the list are Platinum Sponsors FGMK Insurance, Audio Network and DISCO.

AMP would also like to acknowledge its generous and talented production partners Sibling Rivalry, Cosmo Street and Yessian, as well as media partners, SHOOT Magazine │SHOOT Online and Source/Shots/Slate.

To register for the AMP Awards virtual show, click here.