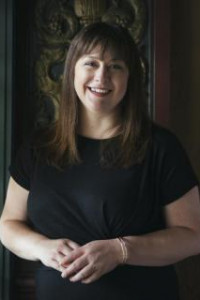 With over fifteen years of experience in the independent film industry and a lifelong love of the movies, Lisa Trifone has built a career across a varied list of job titles and roles with a single consistent thread running through them all: a passion for connecting films to audiences. Trifone has joined the Chicago-based cornerstone of the American documentary community, Kartemquin Films, as interim Distribution Manager for the remainder of 2021.

Notable and recent clients include American Masters’ FLANNERY, a documentary about the life and work of Flannery O’Connor; the Nashville Film Festival, where Bright Iris Film Co. is the event’s national publicity agency of record and WHAT LIES WEST, the critically acclaimed debut feature film from writer/director Jessica Ellis. Trifone has worked with some of the most acclaimed arthouse distributors in the industry, including Music Box Films, Cohen Media Group and IFC Films.

In addition to her agency work, Trifone is a member of the Chicago Film Critics Association and serves as a project & program consultant with Full Spectrum Features. When not working on movies or writing about movies or watching movies, Trifone is an avid traveler, baker and crossword puzzler.

Click here for more from Lisa and Kartemquin Films.