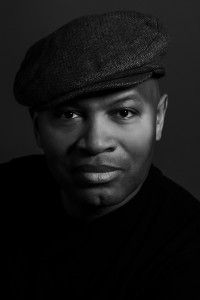 As we look ahead to the second half of 2021, we shine a spotlight toward the latest effort from Chicago filmmaker Joseph Strickland. His dramatic thriller, The Crimson Sun, is eyeing this fall for filming throughout the city, ranging from far South Side neighborhoods, like Pullman, to the downtown Loop district, to the Uptown neighborhood on the North Side.

“This film will cover the topic of institutional racism in America, in the nation’s cities and rural areas alike,” Strickland told SCREEN. “The film is going to explore domestic violence in how it migrates from the family to the community, and how it affects young people and impacts their lives.”

The lead character of The Crimson Sun, a man named Roger, finds his life at a crossroads. “Like many of us, Roger is simply a normal guy trying to stay ahead of the curve and do what’s right for his wife and children,” Strickland told SCREEN. “But he soon learns that he has to make some hard decisions about where his life is going and where his choices will take him. He will also have to confront sudden tragedy among his siblings, and also discover the events that had caused their own lives to come undone.”

Strickland is a Chicago filmmaker through and through. “Chicago is my home, and I love its uniqueness and all that it has to offer: diversity, music, vast cultures, delicious food, famous architecture, and distinctive, world-renowned, and legendary personalities, such as Oprah Winfrey, Michael Jordan, John H. Johnson, and former President Barack Obama and First Lady Michelle Obama, just to name a few,” Strickland explained to SCREEN. The Columbia College Chicago alumnus originally grew up on Chicago’s West Side near the United Center before moving to the Uptown neighborhood on the city’s North Side. Strickland and his wife currently reside primarily on Chicago’s South Side.

Strickland’s wife, Cat Ellington, is also one of his key creative collaborators. In addition to casting Dual Mania, Ellington wrote the soundtrack for the film, which you can enjoy on Spotify by clicking here. The soundtrack features five original songs: “The Book of Us,” “I’m Still in Love,” “Something in Your Eyes,” the heavy metal track “Gett Out,” which she co-wrote with husband Strickland, and “I Do,” the winner of the 2019 Vegas Movie Award for Best Song. The Dual Mania soundtrack was co-produced by Ellington and music producer Princeton Brown, with Strickland executive producing. Looking forward, Ellington will be spearheading the casting process for The Crimson Sun in the months ahead, and is also set to write the soundtrack for the forthcoming feature.

Check back here at Screen Magazine for updates on cast, crew, and production dates as The Crimson Sun forges ahead into production later this year.