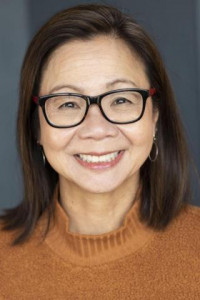 The Sundance Institute and WIF (Women In Film, Los Angeles) today announced the projects and creators selected for the annual WIF and Sundance Institute Financing Intensive, and there is an esteemed Chicago filmmaker included among the ranks. Academy Award Nominated Producer Diane Quon is one of the women producers selected to this landmark intensive.

The Intensive is designed to help women producers – fiction and documentary – build the skills and relationships necessary to advance a feature-length project to the next stage of financing success.

More About the Sundance Financing Intensive

The Institute and WIF have been working together to address the most challenging obstacles facing women filmmakers at both structural and project-based levels. Accessing capital remains elusive even for seasoned creators, and research by both institutions has shown that women continue to deal with particular gendered biases that make it harder to secure financing.

The goal of this Intensive is for producers who are actively seeking financing to walk away with stronger presentations as well as actionable, strategic steps to advance their projects to the next stage, and a chance to meet with potential supporters and new allies.

More About Quon’s Project and Her Producing Team

Twelve women-led projects were selected for the Sundance/WIF Intensive. Quon’s upcoming film is very tentatively called “The Untitled 19th* News Film.” This story centers on a fearless group of journalists seeking to upend the status quo of the mostly white, majority male legacy newsrooms by launching an all-women and non-binary news start-up. Building a newsroom that reflects the communities they’re writing about, The 19th* News could be a model in these changing times.

If you are just hearing the name Diane Quon for the first time as you read this article, here is what you need to know about Diane. Academy Award-nominated Quon produced the Kartemquin documentaries Oscar- and Emmy-nominated, Sundance and Peabody Award-winning Minding the Gap (Hulu); The Dilemma of Desire (SXSW 2020); Finding Yingying (MTVDocs); and For The Left Hand. In addition, she produced Wuhan Wuhan (HotDocs 2021) and is developing a fiction film based on a New York Times best-seller. Diane is an AMPAS and PGA member, the recipient of the 2020 Cinereach Producer Award and is a Sundance Creative Producing Fellow.

Heather is an Emmy-winning filmmaker, and a Guggenheim, Sundance, and Fulbright fellow. Her film Where Soldiers Come From was broadcast nationally on the PBS series POV, and won an Emmy, an Independent Spirit Award, and a SXSW Jury Award. She also co-directed and produced a Ford-funded feature documentary on DACA students, called The Unafraid, which was broadcast on the national PBS series America ReFramed. Prior to receiving her MFA in Film, Heather spent eight years writing and photographing for the United Nations and several refugee organizations, including in the Rwandan refugee camps after the 1994 genocide there.

Here is a preview of The Unafraid, co-directed by Courtney:

Princess A. Hairston is a creative director, cinematographer, producer and Emmy-nominated editor based in New York City. Princess was recently selected as one of 25 filmmaker nominees for the 2020 Lynn Shelton Of A Certain Age grant. She has produced and directed films and has edited several films like Pier Kids, Fresh Dressed, Masterpiece of Love, and Capture with Mark Seliger. She is a 2018 recipient of the Karen Schmeer Editing Fellowship and a 2018 Winner of the NYTVF + WEtv Producer Pitch. Her work has been recognized with nominations and awards from the Emmys, The Webbys, and many film festivals.

Here is a preview of Pier Kids, which Hairston edited:

Chelsea Hernandez is a Mexican-American filmmaker based in Austin, Texas. Named as one of Texas Monthly’s “10 Filmmakers on the Rise,” she is an 8-time Lone Star Emmy-winning director, producer and editor. Chelsea worked on the PBS special, Fixing the Future, hosted by NPR’s David Brancaccio and directed by Ellen Spiro; United Tacos of America (El Rey Network series); and That Animal Rescue Showexecutive produced by Richard Linklater (CBS All-Access). Chelsea directed/produced the documentary, An Uncertain Future (2018 SXSW Texas Short Jury Winner, Field of Vision, Firelight Media). She made her feature directorial debut with the award-winning documentary Building the American Dream (SXSW 2019, PBS)…

Check back here at Screen Magazine for updates as The 19th* News forges ahead into production.