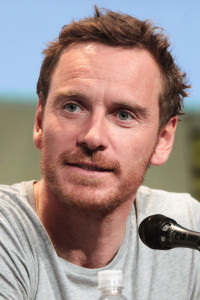 While we must never talk about Fight Club, we will certainly be talking about its director David Fincher’s next Netflix project, The Killer, which is expected to arrive in Chicago this fall. After partnering with Netflix for his Oscar-winning biopic Mank, Fincher has re-teamed with the streaming service for his next feature film, and as you might expect, he will be joined by some of Hollywood’s most sought-after talent in front of and behind the camera.

X-Men star Michael Fassbender will lead the cast of The Killer, playing a cold-blooded mercenary who begins to have a psychological crisis. The Hollywood Reporter described Fassbender’s character as “an assassin who begins to psychologically crack as he develops a conscience, even as his clients continue to demand his skills.”

It’s important to note that Chicago will serve as one of several stops on the production schedule for The Killer. Sources tell SCREEN that Fincher and his team will also be filming in Paris, the Dominican Republic, and in New Orleans.

The story for The Killer is based on a graphic novel series of the same name by Alexis Nolent. On that note, Fincher fans will be excited to learn that the screenplay adaptation is being penned by Andrew Kevin Walker, the scribe behind Fincher’s screen classic Se7en...

One of those Mank Oscar noms resulted in DP Erik Messerschmidt winning the Academy Award for Best Cinematography. The film had marked Messerschmidt’s feature cinematography debut after serving as a DP on Fincher’s Mindhunter series. SCREEN can confirm that Fincher will be reuniting with cinematographer Messerschmidt for The Killer.

According to The Hollywood Reporter, Fincher has been associated with The Killer since at least 2007, when the project was set to move forward at Paramount. Brad Pitt, who worked with Fincher on several films including the afore-mentioned Se7en, was even at one point circling to star. The project never made it off the ground and was quietly picked up by Netflix, and here we are.

There are many more updates ahead. Check back here at Screen Magazine for cast and crew announcements, shooting dates, release details and more, as The Killer forges ahead into production this fall.