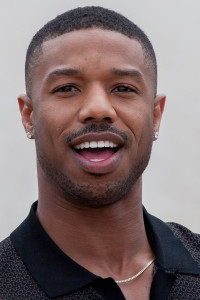 The Summer of 2021 is shaping up to be one of the busiest for television production in Chicago history. One of the latest series to land in town is forging ahead into filming its second season immediately after wrapping its first. The highly anticipated AMC drama 61ST STREET, which received its greenlight back in October of 2019, is filming two seasons in succession, with production headquartered at Cinespace Studios. BLACK PANTHER and CREED star Michael B. Jordan (pictured above) leads the team of Executive Producers at the helm.

It’s been an ambitious production schedule, to say the least. The first season began this March and wrapped in mid-July. After taking a week off, the second season marched back into production on Monday, July 26th and is slated to film through November. Each of the two seasons of 61ST STREET will consist of eight episodes, which an anticipated premiere in 2022.

Emmy-winning actor Courtney B. Vance (THE PEOPLE V. O.J. SIMPSON: AMERICAN CRIME STORY) stars in the series. 61ST STREET is a timely and relevant story that echoes projects such as JUST MERCY, CLEMENCY, and WHEN THEY SEE US. It follows Moses Johnson (played by DOCTOR WHO’s Tosin Cole), a promising, black high school athlete, who is swept up into the infamously corrupt Chicago criminal justice system. Taken by the police as a supposed gang member, he finds himself in the eye of the storm as police and prosecutors seek revenge for the death of an officer during a drug bust gone wrong.

Jerod Haynes is set for a key recurring role opposite Courtney B. Vance in AMC’s courtroom drama series. Deadline reports Haynes will play Big Phil, a kind, hardworking and loving man who walks into Norma’s life just when she needs him most. She has to wonder whether maybe he’s too good to be true – and maybe she’s right. Haynes is a critically acclaimed veteran of the Chicago theatre community, winning the coveted Joseph Jefferson Award for Actor in a Principal Role for his performance in Court Theatre and American Blues Theater’s production of NATIVE SON.

Dig deeper into Jerod’s drive from the Chicago storefront theatre scene to the national spotlight in this inspiring interview with Chicago SAG-AFTRA President Charles Andrew Gardner:

The rest of the 61ST STREET cast and crew has taken shape. Holt McCallany (MINDHUNTER), Emmy Nominee Aunjanue Ellis (who starred with Courtney Vance in HBO’s LOVECRAFT COUNTRY), Killian Scott (DUBLIN MURDERS) have joined the cast. McCallany will play Lieutenant Tardelli, a Chicago police lieutenant running a hard, dirty squad. He believes in keeping peace on the streets by force, no matter the cost. Ellis will portray Martha Roberts, a candidate for alderman on the South Side who is very skilled at telling the voting public that her drive and ambition will be placed at their service. The wife of Franklin Roberts (played by Courtney Vance) and a former stay-at-home mom to their autistic son, David, Martha is torn between her burgeoning career in politics and the needs of her family. Killian Scott will play Rocco Andretti, a legacy Chicago police officer. When a murder occurs on the streets during a drug bust gone wrong, he’s forced to question his commitment to the department while examining his own morality.

As for the production team, Michael B. Jordan is joined by fellow executive producers Alana Mayo of Outlier Society and J. David Shanks. BAFTA-winner Peter Moffat (CRIMINAL JUSTICE, THE NIGHT OF, YOUR HONOR) serves as executive producer and showrunner. Stephanie Accetta, who was UPM of AMC’s Emmy-nominated series HALT AND CATCH FIRE, will step in as the Unit Production Manager for 61ST STREET.

Check back here at Screen Magazine for updates as this series continues filming throughout the rest of the year.