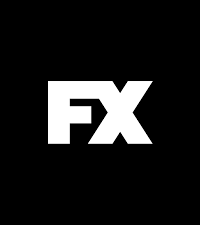 FX is keeping Shameless vet Jeremy Allen White in Chicago with a series order for the Windy City-set restaurant comedy The Bear. The pilot filmed in town this past July and marks yet another win for the already-bustling Chicago television industry. With news breaking today of IATSE and AMPTP averting a strike, this green light for The Bear is icing on the cake of a hearty serving of good news over the weekend.

If you’re new to Jeremy Allen White, it’s the perfect time to get to know him better. Here’s an entertaining segment from BuzzFeed featuring White and his rabid fan base from his Shameless days, enjoy:

Said Executive Producer Calo, “We are so grateful to FX and overjoyed we get to tell more stories from this world. And while this cast is talented enough to make standing silently in an empty space riveting, we can’t wait to get to work in the writers room.”

The Bear is slated for a 2022 premiere. Check back here at Screen Magazine for the latest on specific premiere dates, shooting locations, additional supporting cast, local production team, and much more as this series heads into production.