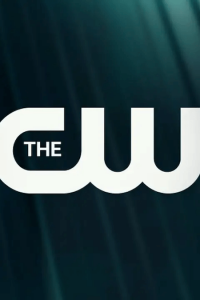 A cult sci-fi series is making a comeback, and it will be shooting in Chicago. The CW has given a straight-to-series order to THE 4400, a reimagining of the 2004 USA Network drama. It hails from RIVERDALE co-executive producer Ariana Jackson and Anna Fricke, who successfully rebooted WALKER, TEXAS RANGER for the CW. Sources tell SCREEN the series is expected to film in the Chicagoland area beginning in June, through the end of the year.

In THE 4400, 4400 overlooked, undervalued, or otherwise marginalized people who vanished without a trace over the last hundred years are all returned in an instant, having not aged a day and with no memory of what happened to them. As the government races to analyze the potential threat and contain the story, the 4400 themselves must grapple with the fact that they’ve been returned with a few… upgrades, and the increasing likelihood that they were all brought back now for a specific reason.

Jackson, who wrote the script, executive produces with Fricke and Laura Terry. CBS Studios, which was behind the original series, is the studio.

While there are many announcements ahead, including lead cast for the show, Variety just announced that filmmaker Erica Watson is set to direct the first episode of the series. Watson will also serve as co-executive producer on the episode in addition to directing. Watson’s television directing credits include POWER BOOK II: GHOST, THE L WORD: GENERATION Q, FOR LIFE, UNSOLVED: THE MURDERS OF TUPAC AND THE NOTORIOUS B.I.G., and ALL AMERICAN. She is a 2015 Sundance Knight Fellow and was an artist-in-residence at the 2015 Sundance Film Festival. She is also a 2016 Sony Directing Fellow. Her short film, ROUBADO, has screened in more than 50 film festivals to date, including some in India, Romania, and Greece among several other countries, and you can watch it right here:

The original 4400, created by Scott Peters and René Echevarria, was part of the first batch of series ordered by USA under its renewed push into original programming in the early 2000s. It followed the successful launches of The Dead Zone and Monk as the network at the time was exploring different genres, including sci-fi, before focusing squarely on blue-sky procedurals for a long period of time.

The 4400, which starred now-Oscar-winner Mahershala Ali, now-CHICAGO-PD-regular Patrick Flueger, Joel Gretsch, and Jacqueline McKenzie, quickly developed a following and ran for four seasons, until the cable network moved away from genre. It remained a cult favorite and a title in the CBS Studios library that the studio brass had reportedly been targeted for a revisit down the road. Let’s take one final nostalgic look at THE 4400 circa 2004…

Back to the New

The CW originally developed a reboot of THE 4400 during the 2018-19 season with different writers-producers. The project was ultimately rolled and remained on the back burner as the network and studio were waiting for the right new take on the premise.

THE 4400 is part of four greenlights given by the CW earlier this year. The network will film at least three pilots in 2021: Diablo Cody and Berlanti Prods.’ Powerpuff Girls; Ava DuVernay and Jill Blankenship’s DC-themed Naomi; and a millennial nun dramedy from Jennie Snyder Urman, Claire Rothrock & Ryann Weir. All four projects have all-female creative teams.

There are many more announcements ahead for THE 4400. Check back here at Screen Magazine for the latest as this series heads into production this summer.