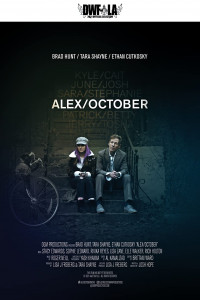 With a return to in-person film festivals, the Los Angeles-based Dances With Films marked the world premiere of ALEX/OCTOBER, a drama that deals with addiction, depression, suicide and redemption. The sold-out screening was attended by cast, crew, festival goers and a number of celebrity guests and was met with universally positive reviews and theater scores. The screening marked the first festival for filmmaker Lisa Freberg and One Good Man Productions and serves as the kickoff for the upcoming festival circuit. The film continues its festival circuit run with acceptance in the La Femme International Film Festival, which celebrates films made with female leadership and will screen on October 16th at 6:00pm at the Regal Cinemas at LA Live in downtown Los Angeles.

Living another lonely Chicago winter, Alex (Brad Hunt), reaches the end of his rope and decides life is not worth living. After several failed suicide attempts, he resorts to drastic measures by placing an ad to have someone do it for him. October (Tara Shayne) is on her own downward spiral with her best friend, Josh (Ethan Cutkosky) and Cait (Rivkah Reyes). As fate would have it, their lives collide when October answers Alex’s ad. Alex quickly realizes he made a big mistake when October forces herself into his life and several days change everything.

“Alex and October are two people at rock bottom,” explains writer and director Josh Hope. “They’re like two tidal waves that destroy everything (and everyone) in their paths until they collide with each other and form an unusual friendship. It’s, ultimately, a story about redemption.”

Here is your first look at Alex/October:

Brad Hunt’s portrayal of Alex is so authentic and pure, he manages to take what could be a completely unlikeable character and make him sympathetic, even likeable despite his many flaws. His performance is mesmerizing. Playing opposite Hunt is Tara Shayne, October who delivers a beautiful performance as well. The chemistry between the two is powerful. The entire cast is solid with every role creating a rich tapestry of the world created by Hope’s great storytelling.

Shot in 21 days during the Chicago winter, the city is a character in the film. The numerous locations rich with character bring a production value to the film that makes Alex/October stand out as an example of solid independent filmmaking. Alex/October kicked off the first week of the Dances With Films festival on Saturday night, August 28 the at TCL Chinese Theaters.

“It was an honor to be among 40 narrative feature films selected for Dances With Films and a thrill to watch the audience response so positively to our film and at one of the best venues in the world,” says Producer Lisa Freberg. “I am so proud of the work our cast and crew created.”

Alex/October is the story of two strangers who manage to have empathy for one another and ultimately discover the power of love, forgiveness and hope.

Click here for more from Alex/October. Check back here at Screen Magazine for updates as this film continues its festival run. 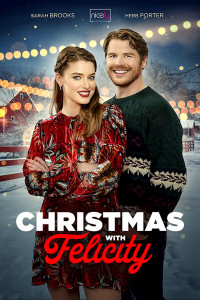 Thanksgiving Premiere for Chicago-Made ‘Christmas with Felicity’ on AMC+ 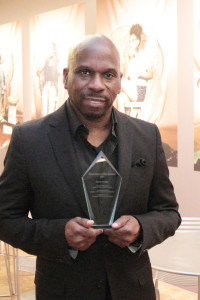 Dave Wooley Explains How to Make a Dionne Warwick Film