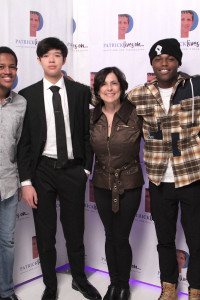 The 5th Annual Patrick Lives On Film Showcase, sponsored by Resolution Digital Studios and Cinespace Film Studios, took place at Resolution Studios on Saturday, March 12, 2022. The organization was founded by Patricia Frontain, whose 20+ years in the film and television industry as a script supervisor is highlighted by her current work on the NBC series Chicago P.D. Special guests among the capacity crowd included Chicago Fire star David Eigenberg.

The film showcase for the evening brought a familiar face to the screen. Chicago Fire star David Eigenberg, who plays “Hermann” on the popular NBC series, was among the lead cast of the short film Unknowing, which premiered at the showcase. A set of commercials, feature teasers, short films and videos rounded out the lineup.

Here are some additional photos from the festivities…

Patricia Frontain, Founder and President of Patrick Lives On says, “This fundraising event is an opportunity for our local film community to showcase their work while helping raise funds for a worthy cause. My son Patrick lives on to encourage all filmmakers to create and share their stories through film.”

ABOUT PATRICK LIVES ON: PATRICK LIVES ON is a group of loving and determined citizens working together to keep Chicago area youth safe and engaged. Patrick Lives On provides financial assistance to junior high and high school students for extra-curricular activities enabling them to lead positive and productive paths in life. In addition, The Patrick Boswell Courage Award has been established for Chicago Metro 8th graders to encourage and reward students who resist violence.

The Patrick Lives On message is distributed through the production of Public Service Announcements, Anti-Violence and Inspirational-themed Short-Films, and Charity Fundraising Events designed to drive community and corporate awareness. Patrick Lives On is a registered 501(c)(3) non profit organization. More information at www.patrickliveson.org

Patrick Lives On stands by its motto “BE STRONG. Use Words. Not Violence.” 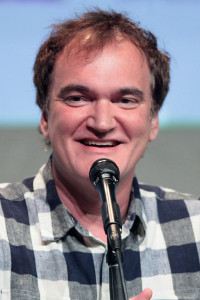