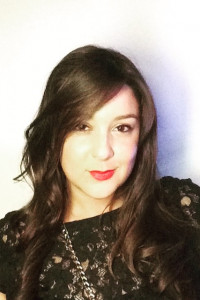 Led Zeppelin, Jersey Shore, and the best episode of Chicago Fire ever! It’s all here as Chicago Fire, Chicago PD, and Chicago Med Co-Producer Daniele Bernstein Answers Five Questions with SCREEN. Let’s get to it!

SCREEN: You’ve been a part of every episode of Chicago Fire ever so we have to ask… what is your favorite episode of all of em?

DANIELE: Season One, Episode 19, “A Coffin That Small.” It was when I knew we really had something here. For years after it aired, firefighters I met would bring it up as the one that really touched them. There’s a beautifully cinematic scene toward the end that you have to watch to appreciate.

Here’s a preview of “A Coffin That Small” and click here for the full episode:

SCREEN: Ok let’s have some fun… If you could be the host of any game show in television history, what would it be?

DANIELE: The Gong Show. It just seems like a gloriously weird time. I think I’d have a lot of fun, and frankly I really enjoy criticizing things.

DANIELE: I worked for a well-known retail lingerie store in my early twenties. When I quit, they said they needed it in writing. I asked for a pen and wrote “I quit” on a piece of paper. Might have been my most satisfying ending to a job though.

DANIELE: “Whole Lotta Love” by Led Zeppelin. I just love to rock out to that song and a high male register is my karaoke wheelhouse.

DANIELE: I don’t know if we’re calling this an achievement but I used to get down at ultimate Frisbee. I’d never miss a game in the field outside my dorm. I even managed to split a pair of pleather pants when I insisted on joining a night game without changing after coming back from the club. I was SERIOUS about it.

SCREEN: One dinner, any restaurant, anywhere on the planet, and we’re buying. Where are you heading?

DANIELE: If you’re buying the plane ticket too, then I’m going back to Mom Tri’s Kitchen, Phuket, Thailand. Hands down the best view I’ve ever enjoyed while having a meal and the food was outrageous.

DANIELE: Oh man, I have a soft spot for Jersey Shore. I started watching because I like my reality TV to be absolute trash. If I’m doing it, I’m gonna do it right. Nowadays most of them are actually pretty decent human beings and I just can’t quit them!

DANIELE: Somebody once said to me “you can’t get everything you need from one person.” It seems obvious, but from that point it really shaped the way I view all my friendships and relationships. Everyone brings something different to the table, and not everyone is capable of meeting all your expectations. It helps me to appreciate my friends for who they are and not expect more than people are capable of giving.