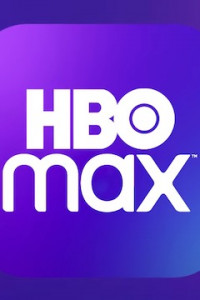 A Detroiter is bringing a TV series back home to Michigan once again. HBO has given a pilot green light to Computer School, a single-camera comedy written/executive produced by Saturday Night Live alums Tim Robinson and Zach Kanin. Robinson will co-star in the pilot, and sources tell SCREEN Computer School will film in Detroit, April 1st through the 8th.

In Computer School, a recent high school grad and his uncle (played by Robinson) attend the same computer class in suburban Michigan.

Computer School marks the second project Robinson has brought back to his home town. The series Detroiters filmed on location in Detroit, premiering on Comedy Central in February of 2017 and running for two seasons. Robinson created Detroiters with Sam Richardson, Joe Kelly, and the aforementioned Zach Kanin, his creative collaborator for the new pilot Computer School.

If you’re hearing about Detroiters for the first time, you’re missing out. Here is the trailer from the show’s final season, and you can click here to watch full episodes…

A Detroiter Through and Through

Robinson was born in Detroit, and grew up in the nearby towns of Clarkston and Waterford, graduating from Clarkston High School. Robinson then went on to perform with Second City Detroit’s touring company. Eventually, Robinson joined Second City Chicago before making his way to the cast of Saturday Night Live in New York City.

Here are a few Tim Robinson highlights from his stint on SNL, including this sketch where Kevin Hart breaks into laughter mid-sketch…

The Path to the Pilot

The pitch for Computer School was originally sold to Hulu with penalty after a bidding war. When Hulu passed on the script, HBO Max picked it up in turnaround, going straight to pilot, according to Deadline.

As for the creative team, Robinson and Kanin met while working together on Saturday Night Live. The pilot will be directed by Andrew Gaynord (Stath Lets Flats).