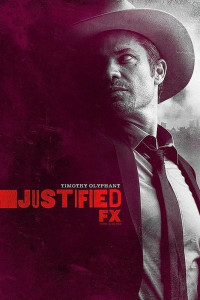 The FX series Justified: City Primeval is back on track, but not without a few critical adjustments. Sony has ramped up protection on the Chicago set of Justified: City Primeval after last week’s gunfight near set, including the addition of a security team trained in high-threat situations. Production was altered this week so cast and crew will be working on stages while their safety plans are reassessed. There are only a few more weeks of filming in Chicago for the eight-episode limited series.

Deadline reports that a trained hostage negotiator who provides security detail globally has arrived in Chicago to provide an added later of defense from outside threats. His team, which includes former members of the Navy SEALs and Army Rangers, will focus primarily on future locations to make them as safe as possible.

The team will work in concert with production’s existing security team and the Chicago Police Department.

An additional precaution was made for local crew members who don’t want to drive to set. Shuttles are now available for everyone, not just those who traveled to Chicago from Los Angeles, according to Deadline.

Details of the Shooting

The changes in security come after after cars whose occupants were engaged in a gunfight on July 21 smashed through the show’s barricades. No one was injured, though multiple shell casings were found on the set. The cast and crew hit the ground and took cover when the incident occurred near the city’s Douglass Park. Series lead and executive producer Timothy Olyphant, who is reprising his role as U.S. Marshal Raylan Givens, was present.

One local report said four cars were involved in the shooting. The gunfight continued through the neighborhood.

“Justified was one of the most critically acclaimed shows of the past decade and an adaptation of Elmore Leonard’s work that was so colorfully brought to life by Timothy Olyphant as Raylan Givens, Graham Yost and the entire team of producers, writers, directors and cast,” said Eric Schrier, President of FX Entertainment. “To have this group come together again with Tim as Raylan in a new and different Elmore Leonard story is thrilling. I want to thank our showrunners Dave and Michael and their fellow executive producers Tim, Graham, Sarah and Carl, the Elmore Leonard estate as well as our partners at Sony Pictures Television, for making this possible.”

Be sure to check back here at SCREEN Magazine for news on Justified: City Primeval, as there are many announcements ahead, including cast, crew, release dates, and shooting locations. You can also click right here to subscribe to our weekly email newsletter.