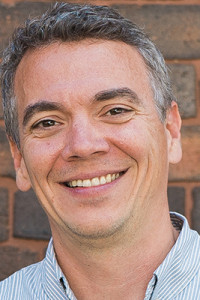 PATRICK: For the first few months, my favorite “stay-at-home” activity was a gin martini, but lately my favorite activity has been bourbon. And I’ve stayed pretty active with beer, sort of throughout.

SCREEN: What gift is at the top of your wish list this holiday season?

PATRICK: I have a daughter who’s a senior in high school, so probably tops on my list would be an acceptance letter from a college which: a.) I can afford; and b.) she’s happy with. In that order. If I were gifted this holiday miracle, then (I hope) a calm quietness would return to my house. I would sit by my fireplace and enjoy the peaceful sounds of no one panicking or arguing or shrieking or cursing. Things would return to just your standard-issue, DEFCON-1 level teenage drama. That is my Holiday wish.

Second on my list would be a functioning democracy led by intelligent, educated adults. Fingers crossed.

PATRICK: If I had to put money on it… I’d say we’ll probably start the year off with a brief, laughable, low-participation civil war, led by doughy make-believe soldiers walking around playing army but not actually accomplishing much of anything other than snarling up traffic. Then they’ll just shuffle back to their moms’ basements. The Cubs will win probably 85-ish games in front of cardboard fans. And (unfortunately) the Sox will win around 90. And both will contend for their divisions. That’ll be the year in a nutshell.

PATRICK: For a while, in January, the most famous person I’d ever met was probably Jason Momoa, but he got bumped from that position three weeks later by Bill Murray. Both were in Highdive’s Super Bowl commercials. I was late to the client dinner the night before we started shooting the Jeep Groundhog Day spot. I left from The Mill, where we were doing VFX on Momoa, and drove through a snowstorm. Bill and Brian Doyle Murray were holding court in the back room of a steak house in Crystal Lake, IL, and I caught some flack for being 40 minutes late. There’s no greater honor in this world than being mercilessly insulted by Bill Murray. That whole production was an amazing, almost surreal experience. He’s an icon and a legend. I still can’t believe we got him.

SCREEN: If you could appoint ANYONE to be President of the United States, who would it be?

PATRICK: I’ve had a lot of bad jobs— from cleaning cages at a pet store to loading salt blocks into trucks. But the worst was probably working as a night bellman at a hotel in Champaign, IL, back in college. All the best parts of college happen at night, and very few of them happen behind the desk of the University Inn. Or in the shitty shuttle van I drove to take guests to-and-from the airport. (When my oldest went off to college, the most important words I left him with were: never take a night shift job during undergrad.) One night the entire Chicago Symphony Orchestra checked in around 1AM. I spent the next two hours lugging instrument cases from their bus to their rooms. I quit the next day.

PATRICK: We just offered a full-time job to our copywriting intern, Tim. The kid deserves it, he’s super-talented and he worked his ass off on every assignment. It’s inspiring to me because he actually likes copywriting and advertising and is still excited about this business. It just sort of reminded me what that felt like. (Now it’ll be my job to beat that out of him and turn him into a jaded, calloused shell of the young creative he is today. It’s a rite of passage.)

To check out the latest creative content from Patrick and the fine folks at Highdive, click here.