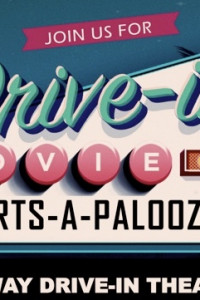 The resurgence of the drive-in movie theater continues across the country, and Illinois is no exception. Here are some highlights from the week ahead, and some exciting opportunities for you to get out of your living room and out of the house for some fun at the drive-in!

Among the filmmakers with ties to Northwest Illinois are Kelly and Tammy Rundle (Hero Street) from Moline, FreshFilms from Augustana College, Don Hatton (Blacklight) from Rockford, and Mark Schimmel (The Musician), who recently worked on a Quibi project (The Now) filmed in the Quad Cities, and Justin Jackola, who filmed Hunter’s Creed in Savanna, Illinois. Other notable Illinois Indie filmmakers participating include Sean Miller, Addison Wright, Patricia Frontain, Tim Morgan, Grace Hahn and Sadie Rogers.

Camarano added, “We want to promote Northwest Illinois as a location for film projects. With over 5,000 square miles of potential locations, five film liaisons, dozens of film friendly communities, access to a talented workforce, and the ability to offer some significant State incentives to filmmakers, our region is a great place for film projects.”

Here’s a quick peek at one of the featured shorts, HIPLET: BECAUSE WE CAN by Addison Wright:

First-run and repertory programming will continue Tuesdays and Wednesdays in September, with some exciting Chicago premieres and a full programming calendar to be announced shortly. October 1st – 31st, Music Box Theatre will host Music Box of Horrors featuring late shows and double features every night. Elevated Films will add to the mix with some soon-to-be-announced special events to include live Q&As.

Female Filmmakers at the Drive-In Wednesday

The Midwest Film Festival will present a shorts program featuring female filmmakers, in partnership with Chi Town Movies and The Gene Siskel Film Center, this Wednesday, August 26th at ChiTown Movies. The festival declared, “We are thrilled to announce that the Midwest Film Festival is resuming our 2020 season programming with a night at the drive-in! Come out and enjoy an unprecedented line-up for Female Filmmaker Night. Doors open at 7:00pm and the screening begins at 8:15pm, followed by a Q&A with the filmmakers. From the safety of your own vehicle you’ll be able to order food and beverages to be delivered directly to you. Get your tickets before they’re all gone and don’t forget to bring your most comfy blanket.”

To buy your tickets and take a look at the full slate of shorts, please click here to visit the festival.

If you have an upcoming screening at the drive-in, email us anytime at screenmagnews@gmail.com and tell us all about it, we will do our best to support!