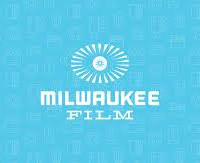 A very personal short film, made in Milwaukee, is enjoying quite a jumpstart to its festival run, including two fests this weekend. Fresh off its World Premiere at the prestigious Milwaukee Film Festival, the epic adventure film, entitled CRABS!, will land at the Studio City Film Festival in Los Angeles, as well as the Louisville International Film Festival, playing virtually this weekend. SCREEN spoke with director Ben Eisner and producer Sommer Austin about the project, but first, here is a look at the brand-new trailer for the film:

For director Ben Eisner, CRABS! is a very personal story about a dearly departed friend. In this fictional short film, twenty-five-year-old Aaron convinces a diverse band of friends to trek to Kodiak, Alaska to make a documentary aboard a crabbing boat. The ensuing adventure follows a post-hero’s quest to find commonality with “modern-day-pirates” who see the world through a contrasting lens.

But there is a tragedy underlying this thrilling tale. This fictional story is based on the real life of fisherman and adventurer Aaron Marrs, who died on January 15, 2005, when the 92-foot crabber boat The Big Valley capsized and sank, in the Bering Sea just west of Saint Paul Island, Alaska. The accident claimed the lives of five of the six men onboard, including Aaron. The only survivor was a veteran fisherman, Cache Seel, who went to bed every night wearing his survival suit. Seel’s rescue was documented on Episode 5 of Season One of The Deadliest Catch. Click here for additional details of the tragic sinking of The Big Valley.

“Aaron was one of my closest friends,” Eisner told SCREEN. “He was one of those people that brought everyone together. He drew out everyone’s best selves. He was hilarious and had a heart of gold. I am so honored to be on this journey telling Aaron’s story to the world. Aaron lived up to one of my favorite lines from Hunter S. Thompson: ‘Buy the ticket, take the ride.'”

Producer Sommer Austin believes audiences will enjoy being drawn into the world of this film. “I think that viewers will connect to the motley crew of characters in this story,” Austin told SCREEN. “The story is an unusual one but also based on a true event, which makes it really magical that it is being told in this format. I love that we were able to produce this tribute to Aaron Marrs.”

Click here to purchase your virtual all-access screening pass for just $10, to view CRABS! and other superb short films at Louisville’s International Festival of Film, through November 7th.

What’s Next for Eisner and Austin

While Eisner navigates the festival circuit with CRABS!, he will be pitching a feature length version of the story, which is called THE INTERIORS OF MARRS. While developing that feature, Eisner’s next directorial endeavor is a comedy about a gay comedian trying to break out of type-casting hell in 1978 Hollywood. “It takes a look at the pre-AIDS era and how the gay community felt so alone during this scary time of more questions than answers,” Eisner tells SCREEN.

As for Austin, when she is not producing films, she finds herself onstage sailing through the standup comedy circuit. She is a regular featured cast member on the live comedy game show, Wisecrackin’, which streams for free live every Friday at 8 PM CT at wisecrackin.com. Austin is also a co-producer of The Gogo Show comedy showcase, which streams once a month for free at thelincolnloft.com.

For more from Ben Eisner and his filmmaking team, click here to visit the production company’s online base at knittedheart.com