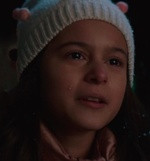 The holidays are playing out very differently this year and that inspired the folks at Daily Planet to tell a unique story and share it with the world.

Titled “Grandma’s Treats,” this new piece by their Director Michael Gabriele tells a story deeply relevant to our current pandemic life. The two-minute film revolves around a little girl’s yearning to bake traditional holiday treats with her Grandma.

“I wanted this to feel very real and natural,” said director Gabriele. “I cast an actual family of three kids and a mom and spent extra time building rapport with the kids before the cameras started rolling. I was able to observe the way they naturally interacted and incorporated that into the story.”

The script, written by Alan Spindle, was used by Gabriele as a framework for the actors and allowed them to improvise and bring their own personalities to each scene.

Using anamorphic lenses and natural light for a cinematic feel, the short film was shot over two days in early December, and prepared for a holiday release where it would resonate the most. “Families all over the world are having to improvise new ways of getting together. It’s beautiful, and also a little heartbreaking,” said Daily Planet’s President, Scott Marvel.

“We wanted to create something full of emotion and I think this succeeds beyond anything I could have imagined. I’ve watched it many times, and I still cry,” said Marvel. “We wanted to put this out into the world as a gift, and to remind people that with all the negative news in the world right now, we are strongest together.”

“Most everyone that responds to it responds in tears and we found most people say, wow, I wish you’d warned me,” said Marvel. “We like stories that have a message of good.” We want to use our talents for good in everything we do. We can sell a pizza like the next guy, but we can combine some human, some real story and do some good with our talents, that’s what important to me.”

You can watch the short video at this link, but be ready to tear up.

Of course, not only does the video tell a great story, but also showcases a side of the company they don’t always get a chance to exhibit.

“My hope is that we can do a lot more like this,” Gabriele says. “Feel good, visual, narrative stories.”