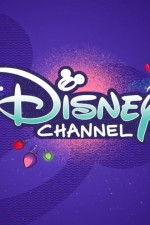 And that’s a wrap on CHRISTMAS AGAIN, just in time for the holiday break. The Disney Channel family film completed production in Chicago on Wednesday, and here is a quick lowdown on the storyline, cast, and Chicago key crew…

The new Disney Channel holiday movie CHRISTMAS AGAIN centers on Rowena “Ro”, a high-spirited 11 year-old hoping to add more spunk to her Christmas celebrations when her parents’ divorce is going anything but smooth. Hoping get things back to the way they were before her father’s new girlfriend and her son entered the scene, Ro makes a wish to a mall Santa. However, her Christmas wishes go awry as Ro finds herself living the same day over and over again. Stuck in this endless loop, Ro must learn to love her new blended family and learn the true meaning of Christmas.

Hays’ recent work as Line Producer includes the Illinois thriller GIRL ON THE THIRD FLOOR, which earned a World Premiere at the prestigious South By Southwest Film Festival, setting off an impressive festival run. Hays is also known for his tireless work building the production house Shatterglass Studios into an Emmy award-winning company in Illinois.

Finally, Production Coordinator Ginsberg is a Northwestern University film school alum whose recent credits include producing the critically acclaimed Chicago feature PRINCESS CYD, named one of the 10 Best Movies of the 2010’s by _Vanity Fair_’s Richard Lawson, here’s the trailer, if you’re seeking some quality cinema for the long weekend…

CHRISTMAS AGAIN release date and trailer should arrive over the next several weeks. Until then, enjoy this positive holiday production news for Illinois and check back at Screen Magazine for the latest on Chicago and Midwest production in the new year.