Panelists will be joined by the Chicagoland Chamber of Commerce, who have been IPA’s partners in championing, lobbying and promoting the Illinois Production+ legislation.

Register for free by clicking right here. Zoom links will go out just before the event.

Are you new to the IPA? Here is a quick intro to get you up to speed…

If you are new to the tireless efforts of the IPA, here is a quick introduction. The IPA Board is made up of individuals from every sector of the Illinois Film Industry. They have representation from labor, vendors, creatives, and everyone of the Board members works actively in the Illinois film community. Here is a bit more about two of the core leaders of the team, Executive Director Christine Dudley and President Eric Chaudron, as well as the board members serving as the foundation for the IPA…

From IFO to IPA

IPA Executive Director Christine T. Dudley served as the Director of the Illinois Film Office from 2015-2019, overseeing a historic growth in revenue, jobs and programming. Her work cemented Illinois’ spot as the Midwest destination for film production and one of the top states for film and television production overall. Christine also worked with the General Assembly and industry stakeholders to secure the passage of legislation extending the film tax credit through 2026. She is proud of the expanded line of programming that will lead to continued, future growth in Illinois.

Beyond those achievements, Dudley is frequently called upon by the media, universities, and industry organizations to share her public policy expertise on film incentives and opinions regarding leadership roles for women.

Christine currently serves on the Board of the Illinois Governor’s Mansion Association and as a member of the Indiana University Chicago Advancement Advisory Council. Previous board service includes the Illinois Arts Council; Shattered Globe Theatre; the Government Assistance Program (GAP); and Chicago Women in Government Relations.

For over a decade, IPA President Eric Chaudron has served as the Executive Director at SAG-AFTRA Chicago. At SAG-AFTRA Eric has overseen strong growth in union membership with local headcount increasing by close to 25% since 2012. In addition, SAG-AFTRA Chicago started a wave of organizing in public broadcast media that has expanded to public radio stations across the entire country including Boston, Seattle, Los Angeles and Philadelphia.

In addition to serving as President of the Illinois Production Alliance, Eric chairs the Actors Fund Central Regional Council. He is the President of The Kaufherr Resource Center in Chicago, a performer training and education center.

Meet the Board for the Illinois Production Alliance

The Board for the Illinois Production Alliance includes Mark Hogan, Qadree Holmes, Karen Banks, Mark Androw, Jaime Dawkins, Claire Simon, Zoë Iltsopoulos Borys. Click here for more about the Board and their illustrious experience in the Illinois production community. 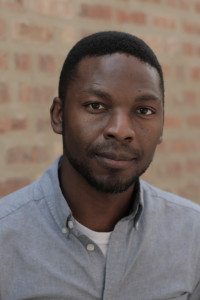