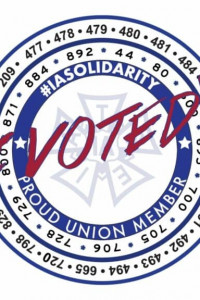 What’s next for IATSE and AMPTP? Simply put, it’s time to negotiate. In an expected and overwhelming show of union solidarity, IATSE members voted to authorize a nationwide strike against film and TV productions if last-ditch negotiations with the AMPTP fail to produce a fair deal.

The emphatic vote – 98% in favor – now gives IATSE president Matthew Loeb authority to call a strike if he and AMPTP president Carol Lombardini fail to reach an agreement in the coming days.

What IATSE Is Asking for from AMPTP

Here is IATSE’s initial statement, outlining the conflict at hand. “After months of negotiating successor contracts to the Producer-IATSE Basic Agreement, and the Theatrical and Television Motion Picture Area Standard Agreement, the Alliance of Motion Picture and Television Producers (AMPTP) announced it does not intend to make any counteroffer to the IATSE’s most recent proposal.

Plain and simple, it now comes down to the negotiations between union and AMPTP leaders. With Chicago in the midst of a record-breaking year of television production, and with IATSE (aka the International Alliance of Theatrical Stage Employees) representing over 140,000 technicians, artisans, and craftspersons in the entertainment industry, any sort of labor discord or halt could have a massive impact on the Illinois industry and economy.

Check back here at SCREEN Magazine for updates in the weeks ahead.