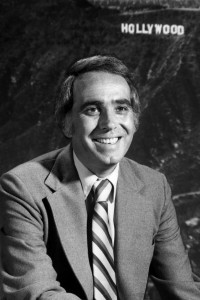 Leaping from one legend to another. Chicago filmmaker Bob Hercules, who co-directed the Peabody-winning American Masters bio-documentary of the legendary poet and activist Maya Angelou, is set to co-produce and co-direct Tom Who, a documentary about the career of late-night talk-show icon Tom Snyder (pictured left). Deadline reports preproduction is underway this week for the project, which is being co-produced and co-directed by Snyder’s daughter Ann Marie Snyder.

The film will feature lost archival material from NBC’s Snyder-hosted The Tomorrow Show, which ran from 1973-81 after Johnny Carson’s iconic The Tonight Show, luring a lineup of guests from John Lennon and Barbara Walters to Steven Spielberg and Charles Manson. Snyder’s show was eventually replaced by David Letterman’s Late Night in 1982. Snyder died of complications from leukemia in 2007 and has faded somewhat in the discussion of late-night history.

Speaking of Snyder’s impressive gauntlet of guests, here is an excerpt from KISS descending upon The Tomorrow Show for Snyder’s Halloween Special in 1979…

“I am delighted to team up with Ann Marie Snyder to produce the first-ever film about her late father,” Hercules told Deadline. “Tom Snyder uncannily captured the zeitgeist of our culture (and counterculture) during the 1970s through the ‘90s. He was an uncompromising journalist and a groundbreaking talk-show host. I look forward to being part of the team to finally tell this incredibly important and wonderfully prescient story of a television legend.”

Co-director Ann Marie Snyder told Deadline, “I am thrilled to have found Bob and honored to be working with someone of his caliber. The compelling story of my father deserves no less than the best possible chance to honor his work. It’s my hope that this film will remind people of a time when journalists were not the enemy and carry on the legacy my father left behind.”

Tom Who will be Bob Hercules’ follow-up to Maya Angelou: And Still I Rise, which made its World Premiere at the Sundance Film Festival and went on to win the prestigious Peabody Award.

This unprecedented film celebrates Dr. Maya Angelou by weaving her words with rare and intimate archival photographs and videos, which paint hidden moments of her exuberant life during some of America’s most defining moments. The film also features a remarkable series of interviews with friends and family including Oprah Winfrey, Common, Alfre Woodard, Cicely Tyson, John Singleton and Dr. Angelou’s son, Guy Johnson.

Here’s a preview of Maya Angelou: And Still I Rise…

Journalist-author Ray Richmond and Columbia College Chicago cinema and television arts professor Michael Niederman will co-write the Tom Who documentary, which is being produced by Hercules’ Chicago-based Media Process Group and Tom Who Entertainment.

Check back here at SCREEN for updates as this project forges ahead into production. You can also click right here to subscribe to our weekly email newsletter. 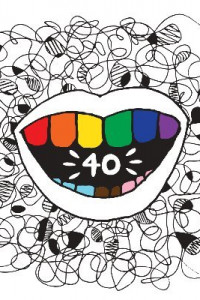