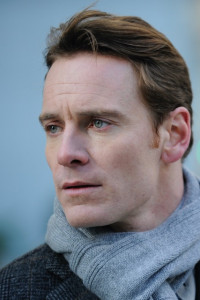 The Killer has arrived. SCREEN broke the news back in August that the latest David Fincher drama The Killer would be filming in Chicago, and the production has finally landed. Sources tell SCREEN the film will begin shooting in Chicago this Friday evening, February 25th, and continue through at least March 17th. Fincher’s thriller rests on the shoulders of Academy Award nominated actor Michael Fassbender.

March 17th Update: Sources tell SCREEN that The Killer has wrapped filming in the Chicagoland area, including its stint this past weekend in St. Charles, Illinois. Fincher’s team is now expected to head to Los Angeles for a brief shoot without key cast.

Chicago is expected to be the final major stop on the production schedule for The Killer. Fincher and his team recently wrapped filming in New Orleans, following shoots in Paris and the Dominican Republic.

Where Will Fincher and Fassbender Be Filming in Chicago?

The thriller feature film will be landing at a number of locations around the Windy City. The Killer is expected to open up filming this Friday evening at or near Union Station in downtown Chicago. Next week, Fincher’s team is expected to descend upon the River West neighborhood near Chicago Avenue and Halsted Street for several days. The production is then expected to move to the Bucktown neighborhood near Fullerton and Western in early March.

German-Irish actor Michael Fassbender is, of course, best known among American audiences for his stint as the super-villain Magneto in the X-Men movie franchise. He also received an Oscar nomination for his performance in 12 Years a Slave. In The Killer, Fassbender plays a cold-blooded mercenary who begins to have a psychological crisis. The Hollywood Reporter described Fassbender’s character as “an assassin who begins to psychologically crack as he develops a conscience, even as his clients continue to demand his skills.”

For a quick debrief on the acclaimed acting career of Michael Fassbender thus far, here’s a rundown of the Top 10 performances of Fassbender’s career, from blockbuster to indie:

The story for The Killer is based on a graphic novel series of the same name by Alexis Nolent, who often uses the pen name “Matz.” Fincher fans will be excited to learn that the screenplay adaptation of Nolent’s novel is being penned by Andrew Kevin Walker, the scribe behind Fincher’s scintillating classic Se7en.

What can audiences expect in The Killer? The best place to start is Nolent’s graphic novel. For a light-hearted lowdown on the storylines and title character of the graphic novel, here is a five-minute piece from the Comic Book Syndicate:

Fincher Teaming Up with Netflix Once Again

According to The Hollywood Reporter, Fincher has been associated with The Killer since at least 2007, when the project was set to move forward at Paramount. Brad Pitt, who worked with Fincher on several films including the afore-mentioned Se7en, was even at one point circling to star. The project never made it off the ground and was quietly picked up by Netflix, and here we are.

Check back here at Screen Magazine for additional shoot dates and locations, release dates, and more as The Killer forges ahead into the final leg of production in Chicago. You can also click right here to subscribe to our weekly email newsletter.