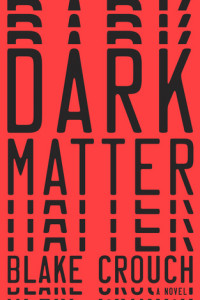 Apple TV+ and Sony Pictures Television are partnering on a new series, and it looks like that franchise will be coming to Chicago. Sources tell SCREEN the TV adaptation of Blake Crouch’s novel Dark Matter will be filming in Chicago this year. And not just for a few weeks or a month here and there. Dark Matter is expected to be filming for eight to ten months, and sources tell SCREEN the series will likely be headquartered at Cinespace Film Studios, though that remains to be finalized. This is a massive coup for the booming Chicago television production industry, and there are many more details to come. Here is what we know so far…

Story and Synopsis of Dark Matter

Dark Matter is a science fiction thriller centering on Jason Dessen, a quantum physicist, once had a brilliant research career ahead of him. But after a girlfriend’s unexpected pregnancy and the birth of a son, this future was derailed. Now a professor at a small Chicago college with a warm and loving family life, the physicist is abducted into a world in which his quantum many-worlds theory has become a fully realized technology for inter-dimensional transfer. In the parallel world, he did not marry his girlfriend and they never had a son. He is determined to get back to his other life, but nefarious powers in the alternate reality conspire to stop him from revealing the criminal lengths they have gone to create the world-hopping technology.

Dark Matter was originally published in July 2016 and was selected as one of Amazon and NPR’s Best Books of the Year.

The novel has been described as a high-concept thriller in the vein of Memento and Looper but let’s hear from author Blake Crouch himself, discussing Dark Matter…

Will Roland Emmerich Join the Project?

Back in 2016, Dark Matter was in development as a movie at Sony with famed Independence Day director Roland Emmerich tapped to helm. The project eventually moved over to Apple for development as an episodic TV series, which is where the project stands today. Emmerich’s involvement in the new TV series remains uncertain. As we await word on Emmerich and other key players to surface, you can check out Emmerich’s latest sci-fi thriller Moonfall, starring Halle Berry and Patrick Wilson, in theaters now…

Start dates, key cast and crew, and series release dates all remain to be revealed. We expect answers to these questions in the weeks ahead. The shoot duration of eight to ten months, and the series landing at Cinespace Chicago seem to be fairly certain. Sony Pictures Television will serve as the studio, and the series will ultimately premiere on Apple TV+, according to Collider.