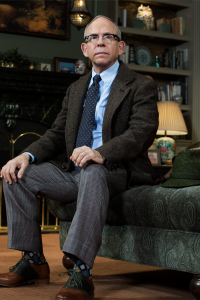 Bicoastal production company Durable Goods has signed critically-acclaimed actor, director, writer, and producer Bob Balaban to its roster for commercials and branded content in the U.S. market. Balaban returns to the director’s chair following a streak of film and TV roles including the Wes Anderson movie The French Dispatch and the Netflix series The Chair, co-starring Sandra Oh, The Politician co-starring Gwyneth Paltrow, and Condor, co-starring William Hurt.

He has directed dozens of commercials and branded content over the course of his career, including campaigns for Toyota, The Las Vegas Board of Tourism, L’Oreal, and Showtime. His commercial work has transcended the boundaries of advertising with a campaign for AMC and IFC that evolved into a standalone animated series called Hopeless Pictures, starring Michael McKean, Jennifer Coolidge, and Lisa Kudrow.

“Bob is the best director of talent I’ve ever had the pleasure of working with,” says Mike Brady, Durable Goods Executive Producer/Managing Partner. “His years of working as an actor himself have given him the insight and sensitivity for the performance he is looking for. I’ve watched him work with talent, and coach them to do the improv we need. It is truly a gift.”

‘I’m really looking forward to creating commercials with Mike and the Durable Goods team,” adds Balaban. “I love the precision and economy it takes to tell a great story in 60 seconds or less.”

Behind the camera, Balaban is best known as the creator and producer of Gosford Park, for which he was nominated for an Academy Award and a Golden Globe Award, and won a SAG Award and the British Academy Award for Best Picture.

He was nominated for two Emmys, a Golden Globe Award, and two Director’s Guild Awards for directing the HBO movie Bernard and Doris (Susan Sarandon and Ralph Fiennes) and the Lifetime movie Georgia O’Keefe (Jeremy Irons and Joan Allen).

As a frequent cast member of Wes Anderson films like Moonrise Kingdom and The Grand Budapest Hotel and the classic improv works of Christopher Guest (Waiting for Guffman and Best in Show), Balaban’s penchant for comedy, drama, and quirk informs his work behind the camera.

Over the course of his career, Balaban has appeared in nearly 100 movies, working and learning under some of the best filmmakers of our time – including Mike Nichols, Robert Altman, Steven Spielberg, Sidney Lumet, and Francois Truffaut. He has appeared in four Oscar-nominated films for Best Picture along the way (Midnight Cowboy, Gosford Park, Prince of the City, and Capote). Seinfeld fans know him for his recurring role as the NBC TV exec Russell Dalrymple to whom Jerry and George famously pitched their “show about nothing.”

Segueing into television, Balaban collaborated with horror auteur George A. Romero, directing the pilot for the long-running series Tales From the Darkside. He went on to direct a host of TV work for HBO, Fox, Amazon, Showtime, NBC, and CBS, as well as several Off-Broadway plays, one of which, The Exonerated, played more than 600 performances in New York City and was named The New York Times “Play of the Year.”