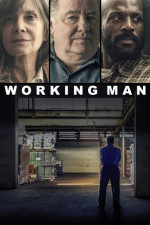 “Quietly magnificient and deeply resonant” raves Richard Roeper, as the story of a life-long factory worker who searches for purpose after his plant closes, WORKING MAN becomes available at an unexpectedly poignant moment for America’s working class. Following critical acclaim and festival wins across the country, Midwest made WORKING MAN is now on DVD and digital platforms worldwide. SCREEN’s Joanna Kay sat down with first-time feature director Robert Jury to discuss everything from his greatest challenges along the way to his advice for fellow filmmakers to his favorite restaurant on the South Side while filming:

Click here to watch WORKING MAN today on all digital platforms and DVD.