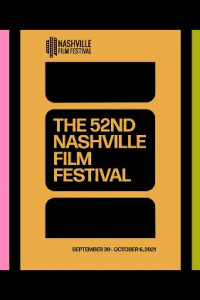 “We’re incredibly proud of this slate of Festival winners,” said Lauren Ponto, director of programming. “These films not only represent the best in their category, but they’ve resonated with audiences this week, too. It’s been a joy to see both local Nashville audiences and those joining us virtually discover these gems and embrace them.”

The 52nd Nashville Film Festival continues through Wednesday, October 6 with screenings at Nashville’s historic Belcourt Theatre; this year’s event closes with a gala screening of THE HUMANS, based on the Tony Award-winning play by Stephen Karam and starring Beanie Feldstein, Richard Jenkins, Amy Schumer and Steven Yeun. Karam, who wrote and directed the film adaptation, will be in attendance for a post-film Q&A.

Here’s your first look at THE HUMANS:

With over 40 in-person screenings and events at the city’s most iconic venues, plus dozens of films, panels, conversations and more available to stream all week online, the 52nd Nashville Film Festival concludes this year’s festivities with the announcement of the film and script award winners.

“Our return to in-person events alongside a robust virtual offering has been an incredible experience,” said NashFilm Executive Director Jason Padgitt. “We’re grateful to everyone who helped make it possible, from staff, volunteers, sponsors and artists to the audiences who remind us every year that Nashville loves independent films.”

The 52nd Nashville Film Festival winners are as follows:

The Nashville Film Festival Screenplay Competition winners are as follows: