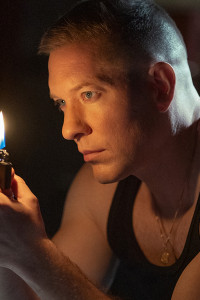 Chicago is Tommy’s town now. And the finale is here for the first season of Power Book IV: Force. The series filmed in and around Chicago throughout 2021. Executive produced by Curtis “50 Cent” Jackson and Courtney A. Kemp, the series has shattered ratings records for Starz and has been renewed for a second season.

The season finale debuts this Sunday, April 17th. So what can you expect on the screen? Here’s your first look…

In Episode 10, entitled “Family Business,” decisions are made by those closest to Tommy, which could leave him powerless; when the gangs face off, truths come to light, shifting the power of the drug game; this battle may be over, but the war is far from won.

Be sure to check back here at SCREEN Magazine for news on Power Book IV: Force, from previews of upcoming Season One episodes to the latest on the upcoming filming of Season Two. You can also click right here to subscribe to our weekly email newsletter.