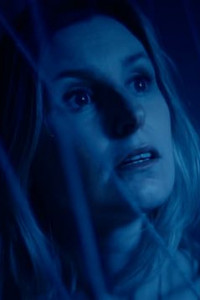 Riding the wave of being named to Moviemaker Magazine’s esteemed “Top 25 Coolest Film Festivals in the World,” the Key West Film Festival has launched its short film lineup for their 11th Annual Festival. Coming up this November 16-20, the 2022 roster is highlighted by award winners from prestigious film festivals across the globe, including Sundance, South By Southwest, and Tribeca. The festival will be shining a spotlight on The Sunshine State with its Florida Filmmaker and Florida Student Filmmaker Programs. World Premieres and Florida Premieres abound, powered by performances from notable Hollywood and independent film luminaries.

The short film programs will focus on uplifting and entertaining work throughout its lineup of 50 films, selected from a record number of submissions. Downton Abbey star Laura Carmichael (pictured above) leads the dark comedy Legs, while Deadpool star Karan Soni headlines the award-winning uplifting film Coming Out with the Help of a Time Machine. Inspiring tales of determination and hope power the acclaimed Sundance and Tribeca favorite More Than I Want to Remember from director Amy Bench and the DOC NYC and Slamdance pick Freedom Swimmer from Australian director Olivia Martin-McGuire.

A number of films will be making their maiden voyage in Key West this November. Lucas McGowen’s entertaining comedy piece The Dog Thief, produced by Golden Globe Nominee Sarah Hay, will have its World Premiere in the Keys. Florida filmmaker Noah Alexander Miller will premiere his impactful documentary short SB2508: A Death Threat to Everglades Restoration. Up and coming talents W James of the University of Miami, Dannelle Lacancellera and Maddie Montana of Ringling School of the Arts, and teen talents Tyndall Elizabeth Dickinson of West Palm Beach’s G Star School of the Arts and Madalyn Vida of the Harrison School for the Arts will be presenting the World Premiere of their respective films this month in Key West.