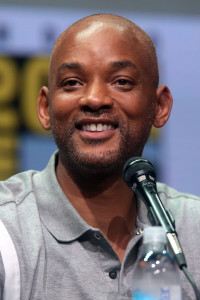 Describing his behavior at the 94th Oscar Award ceremony on Sunday night as “shocking, painful and inexcusable,” Will Smith resigned from the Academy of Motion Picture Arts and Sciences today. The actor announced his decision in a statement that also described the regret he feels for causing pain to others.

“The list of those I have hurt is long and includes Chris (Rock), his family, many of my dear friends and loved ones, all those in attendance, and global audiences at home.”

While presenting at the awards three days ago, Chris Rock made a joke about Smith’s wife, Jada Pinkett Smith, essentially comparing her hairstyle to the one that Demi Moore’s character sported in the 1997 film, “G.I. Jane”.

Feeling that the comment was an attack on his wife, who suffers from Alopecia, Smith walked up to the stage and slapped Rock. Minutes later, he won Best Actor for his performance in “King Richard”.

In his statement, Smith also expressed willingness to “fully accept any and all consequences for my conduct.”

Full Statement from Will Smith

“I have directly responded to the Academy’s disciplinary hearing notice, and I will fully accept any and all consequences for my conduct. My actions at the 94th Academy Awards presentation were shocking, painful, and inexcusable. The list of those I have hurt is long and includes Chris, his family, many of my dear friends and loved ones, all those in attendance, and global audiences at home. I betrayed the trust of the Academy. I deprived other nominees and winners of their opportunity to celebrate and be celebrated for their extraordinary work. I am heartbroken. I want to put the focus back on those who deserve attention for their achievements and allow the Academy to get back to the incredible work it does to support creativity and artistry in film. So, I am resigning from membership in the Academy of Motion Picture Arts and Sciences, and will accept any further consequences the Board deems appropriate. Change takes time and I am committed to doing the work to ensure that I never again allow violence to overtake reason.”