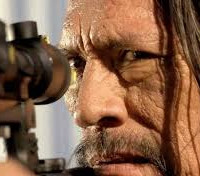 Who is THE FIXER? This short-form crime thriller is set to premiere at the Oscar-qualifying #HollyShorts Festival and stars the inimitable Danny Trejo. Screen’s Joanna Kay is chatting with Michael Schilf, director of THE FIXER.

In THE FIXER, Jack Cross, an extorted Mafia enforcer, must partner with the femme fatale hired gun who murdered his wife in order to save his daughter and liberate himself from his employer, a sadistic L.A. crime boss.

Head to hollyshorts.com to buy your tickets to watch THE FIXER and all the showcased shorts virtually this week!