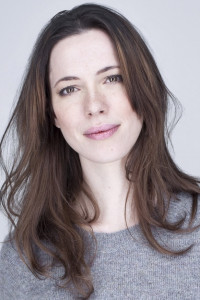 Racial identity and female-driven storytelling are at the heart of the profound and elegant psychological drama, Passing. Vicky Cristina Barcelona actor Rebecca Hall makes her directorial debut with this feature, and Rebecca stopped by for a thoroughly inspiring and entertaining chat with SCREEN’s Dan Patton, right before its recent premiere at the Chicago International Film Festival.

Enjoy this exclusive preview of the film, as well as insight into Hall’s remarkably personal connection to this story. Then please be sure to catch Passing in theaters and on Netflix this month, and thank you for subscribing to SCREEN YouTube…

1920s New York: In a chance encounter, demure Irene (Tessa Thompson) unexpectedly runs into a childhood friend, the vivacious Clare (Ruth Negga)—both women are able to pass as white but live on opposite sides of the color line. Charting the consequences of their very different approaches to navigating life, love, and racial identity, the film culminates in a shocking reckoning for both. An adaptation of Nella Larsen’s 1929 novella, this exquisitely crafted directorial debut from actress Rebecca Hall (Christine, Vicky Cristina Barcelona) features evocative black-and-white cinematography and stunning performances by Thompson, Negga, along with André Holland and Alexander Skarsgård. Deftly exploring questions of race and gender, Passing is a profound and elegant psychological drama about the lies people tell to protect their carefully constructed realities.

Passing makes its Netflix debut on November 10th. If the strong reviews from Sundance and critics across the country are any indiciation, it’s bound to be a contender at the 2022 Oscars.