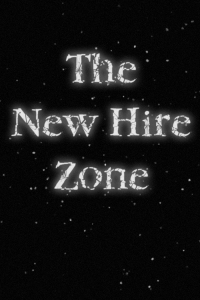 This week the post-production company announced the addition of three new employees to their stellar team: Junior Editor Nathan Iseminger, Associate Producer Patricia Ramos, and Post Production Assistant Lena Wood. The social media announcement was made in the style of a Twilight Zone parody, welcoming their new co-workers to something called “The New Hire Zone”.

Click here to enjoy this hilarious and creative announcement piece

“The idea was to spotlight that weird, liminal space between being a stranger to a new company, and a fully seasoned employee who knows all their co-worker’s habits and personal ticks.” Says Chris Cady, Utopic’s Creative Engagement Specialist and the video’s Rod Serling surrogate. “We’re a team of goofballs at Utopic. We like doing fun, creative stuff and we want our social channels to reflect that.”

Of the three new hires, Nathan Iseminger has been in the post-production world the longest, having started his career as an Assistant Editor at DDB before working with a number of clients as a freelancer. Patricia Ramos isn’t far behind, however, having worked for both Periscope and Cutters before landing at Utopic. Lena Wood, the freshest, is a very recent graduate of Michigan State.

“We’re so excited to welcome Nathan, Patricia, and Lena—Not to mention Laura Southard, who we hired earlier this summer—to the team,” says Cady. “Utopic has a pretty strict ‘no a**holes’ policy in regards to hiring. So let’s just say if you make it to The New Hire Zone, you know you’re talented and awesome to work with.”