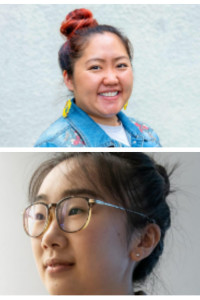 Two talented and vital Midwest voices are about to be amplified. Kartemquin Films is pleased to announce the first two projects supported by the Peng Zhao and Cherry Chen Fund for AAPI Voices: Untitled Scientist Project by Chicago director Jiayan “Jenny” Shi and Spirited by Minneapolis-based director Joua Lee Grande. Both filmmakers are alumni of Kartemquin’s acclaimed Diverse Voices in Documentary program.

This first round of the multi-year fund supports two filmmakers with $50,000 co-production awards  towards production, and mentorship through 2022 within the award-winning Kartemquin collaborative production model.

The purpose of this initiative is to invest funds and critical support in Asian American and Pacific Islander(AAPI)-identifying filmmakers making documentary films that center AAPI voices and deepen their audiences’ understanding of the complexity and diversity of the AAPI communities in the US.

“These two films represent countless stories yet to be told, stories that have the power to shape the  world we live in,” said Kartemquin Executive Director Betsy Leonard. “Both films bring nuance,  depth, and dimensionality to the ‘truths’ we think we know, but equally important, they unleash the  power of getting to see yourself in a story, on screen, and behind the camera.”

“I learned how to make independent documentaries in Kartemquin’s Diverse Voices in Docs fellowship in 2018,” said Untitled Scientist Project director Jiayan “Jenny” Shi. “Kartemquin has been a crucial part of my career since then, and I’m so thrilled to be selected for the AAPI Voices Fund and work with Kartemquin again! I also want to thank Peng and Cherry who have provided resources to elevate AAPI voices and stories. This grant will help me bring the project to the next level as I continue capturing how Chinese Americans confront systemic racism while experiencing the current anti-Asian sentiment.”

“I’m excited and grateful to receive this grant which will allow me to push forward significantly in elevating Spirited as we push through production,” said Spirited director Joua Lee Grande.

The application for cycle two of funding for the AAPI Voices Fund is open now. Seed funding is available for projects in early development to support in the development of treatments, pitch decks,  proof of concept demos, pitch support and forum participation.

In Shi’s documentary, when two respected scientists of Chinese descent in the U.S. come under scrutiny for national security concerns, they suffer irreversible personal and societal consequences.

Jiayan “Jenny” Shi is an Emmy-nominated documentary filmmaker who is passionate about stories that find shared humanity and compassion. Her debut documentary “Finding Yingying” (MTV Documentary Films) has won numerous awards including the Special Jury Recognition for Breakthrough Voice at the 2020 SXSW Film Festival and a China Academy Award of Documentary Films, and was nominated for a News & Documentary Emmy award.

Here is the trailer for Finding Yingying…

Jenny’s work has appeared on Paramount +,  MTV, BBC News, PBS NewsHour, Insider and Bilibili. She has also contributed to projects on Netflix, Discovery Channel, Tencent, and Google, among others. Jenny is a graduate of Kartemquin’s Diverse Voices In Docs program, a TFI Network alum, a Women at Sundance Adobe fellow, a Logan Nonfiction Program fellow, and a DOC NYC “40 Under 40” filmmaker.

Spirited centers on a filmmaker who, like many young Hmong Americans, searches to reconnect with her community’s shamanic traditions while working to build connections across racial and cultural lines.

Joua Lee Grande is a Minneapolis-based filmmaker and community educator whose goal to uplift under-told stories and underrepresented communities drives her work. Her short documentary On  All Fronts aired on WORLD Channel and PBS digital starting May 2022 as part of the Asian Americans  Stories of Resilience & Beyond series. Her work has screened in festivals such as CAAMFest, L.A.  Asian Pacific Film Festival, Qhia Dab Neeg Film Festival and more. She is currently a Jerome Hill Artist  Fellow and was a MediaJustice Network Fellow and Diverse Voices in Docs Fellow.

Joua previously worked as an editor at CBS affiliate WCCO TV 4 News. She has spent ten years working in and with community to empower marginalized storytellers, families and youth through organizing and nonprofit work. She designed and led various community art and media education programs at institutions across the Twin Cities metro area.

The Fund represents a substantial investment by Mr. Zhao and Ms. Chen, building on their long  standing commitment to accelerating opportunity and prosperity for the 23 million members of the  AAPI community in the United States. Mr. Zhao is a founding board member of The Asian American  Foundation (TAAF), which has become a catalyzing force for improving AAPI advocacy, power, and  representation across American society. Mr. Zhao and Ms. Chen have also convened and funded a  variety of other initiatives focused on supporting their home community of Chicago and elevating AAPI voices, including through their support of the award-winning documentary Finding Yingying, a  Kartemquin film directed by Jenny Shi.

For more about this initiative and upcoming projects from Kartemquin Films and its partners, click right here.