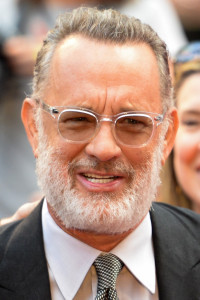 The latest Tom Hanks studio movie will be filming in the Midwest this week. A Man Called Otto will be shooting in Ohio, working in Cleveland through today, Tuesday, May 3rd, then venturing to Toledo, wrapping Wednesday, May 4th. Prior to landing in Ohio, the bulk of the studio movie had filmed in the Pittsburgh area.

A Man Called Otto is an American remake of the Oscar-nominated Swedish comedy movie based on Fredrik Backman’s best-selling novel A Man Called Ove. The titular character’s name was changed for the movie’s U.S. setting, so Hanks will star as Otto, a grumpy widower who has strict rules for the rest of his neighborhood.

Monster’s Ball Director at the Helm

A Man Called Otto is being directed by Marc Forster. The German-born filmmaker and screenwriter is best known for directing the film Monster’s Ball (2001), in which he directed Halle Berry in her Academy Award-winning performance. The film also starred Billy Bob Thornton, Heath Ledger, and Peter Boyle.

His next film, Finding Neverland (2004), was based on the life of author J.M. Barrie. The film was nominated for five Golden Globe Awards and seven Academy Awards, including Best Picture and Best Actor for Johnny Depp. Forster also directed the twenty-second James Bond film, Quantum of Solace. In 2013 he directed the film adaptation of the novel World War Z, starring Brad Pitt.

Per Variety, Sony Pictures has announced a December 25 release date for Tom Hanks’s film A Man Called Otto, which it bought for $60 million in a record-setting deal at the virtual European Film Market.

Check back here at Screen Magazine for the latest on movies and independent films between the coasts. You can also click right here to subscribe to our weekly email newsletter.