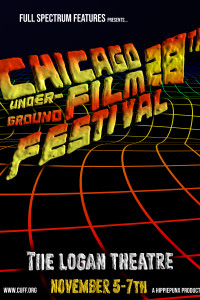 In a collaborative re-envisioning of the 28th Annual Chicago Underground Film Festival (CUFF)—the world’s longest-running underground film festival—Full Spectrum Features (FSF) is the official presenter of CUFF this year to program more diversity, equity, and inclusion to represent a wider range of artists and voices, including women, BIPOC, and LGBTQ+ filmmakers. The festival will showcase six feature-length films and six shorts programs, presented from Friday, November 5th through Sunday, November 7th, at the Logan Theatre as well as online.

Bryan Wendorf, Festival Artistic Director and Head Programmer said: “It feels so good to be able to hold the festival in the real world again. The challenges that everyone has faced in the past year have helped us rediscover the importance of community and connecting with others in person. CUFF has always stood for that idea. Connecting films and filmmakers with each other and with an appreciative audience. And with the developing partnership between us and Full Spectrum Features coming to fruition, this idea of community is foremost in our minds. We hope this year’s festival is as inclusive and as welcoming as it can be, and we’re excited to present the 28th edition of CUFF with an organization that values dissolving barriers that prevent filmmakers from breaking into the film industry.”

Opening Night Film! Co-directed by Chicago-based filmmakers Andrew Mausert-Mooney and Kera Mackenzie (STONES FOR THUNDER + co-founders of ACRE TV), the revealing MAKE A DISTINCTION (Friday, November 5, 7 pm; United States) takes its name from how species are identified in science. Featuring stylized scenes of field botanists, retail clerks, and soldiers in Clarksville, TN, and the television production community filming a cop show in Chicago, the viewer is confronted to “name the enemy or become it” as it is apparent that the police are ultimately protectors of capitalism.

Here is your first look at the Opening Night Feature…

THAT SHIT’S TRANS! LIVE! (Friday, November 5, 10:30 pm) is a talk show hosted by trans drag queen Irregular Girl featuring a conversation about issues important to the trans community through media and readings.

U.S. premiere! OTHER LIKE ME: THE STORY OF THROBBING GRISTLE AND COUM TRANSMISSIONS (Saturday, November 6, 2:45 pm; United States/United Kingdom) looks at the drive to create and survive in the first documentary ever about COUM Transmissions and Throbbing Gristle, filled with archival footage and photos as well as interviews with founding members and industrial music pioneers Genesis P-Orridge and Cosey Fanni Tutti.

U.S. premiere! Directed by Jonathan Davies, TOPOLOGY OF SIRENS (Saturday, November 6, 6:45 pm; United States) focuses on the art of listening, employing 90s personal computer games. This meditative mystery concerns Cas who goes on an odyssey of exploring ambient sound and minimalist music upon discovering an assortment of microcassettes. TOPOLOGY OF SIRENS features Courtney Stephens of SCUMROCK and THE AMERICAN SECTOR, Samantha Robinson of ONCE UPON A TIME IN HOLLYWOOD and THE LOVE WITCH, and Chicago musician Whitney Johnson as herself…

Festival After Party (Saturday, November 6, 10:30 pm-2 am) will open with DJ SJ (known for live sets in and around Chicago, specializing in industrial/EBM, new wave, and tech house,) and will be followed by Allen Moore (a Chicago based educator, curator, painter, and experimental sound artist whose work converses with signifiers of Black culture and personal narrative, bringing to view the underlying themes of racial, emotional, and socio-economic conditions). It will close out with Roger Beebe with two 16mm performances: SOUNDFILM, a six-projector performance, exploring the history of sound recording and how sound is represented as image, and LAST LIGHT OF A DYING STAR, a multi-projector meditation on the mysteries of space. The after-party will be at Elastic Arts Foundation, 3429 W. Diversey Ave., Suite 208, Chicago.

U.S. premiere! Based on the notorious 2007 Groningen HIV criminal case, FEAST (Sunday, November 7, 3 pm; Netherlands) by director Tim Leyendekker looks at how three men drugged sex party attendees in their homes with their HIV-tainted blood. Having screened in competition at the Rotterdam Film Festival in early 2021, this fictional account of a real-life story is peppered with documentary flourishes and is a reflection on life, death, and morality set against the backdrop of the contemporary Netherlands.

Here is your first look at FEAST…

Matthew Wade’s dreamy, atmospheric cosmic horror A BLACK RIFT BEGINS TO YAWN (Sunday, November 7, 7 pm; United States) concerns Lara and Laura, two scientists who dive deep into a collection of cassettes featuring their deceased professor, discovering not only his mental decline but also that their sense self and reality are disintegrating around them.

Chicago premiere! Having screened at True/False Film Festival, the sci-fi, hybrid documentary A MACHINE TO LIVE IN(Sunday, November 7, 9:15 pm; Brazil) by Yoni Goldstein and Meredith Zielke connects cosmic power structures of the state to the mystical architecture of cults and utopian cities in the distant hinterlands of Brazil, providing a complex portrait of life, poetry, and myth set against the backdrop of the space-age city of Brasília.

All screenings of CUFF will be at the Logan Theatre, located at 2646 Milwaukee Ave. in Chicago. Admission is $10 per ticket and $50 for an all-access pass. Admission to That Shit’s Trans is free. To attend the Festival After Party, tickets are $10 in advance and $15 at the door; it will be at Elastic Arts Foundation, 3429 W. Diversey Ave., Suite 208, Chicago. CUFF will also be presented online via Eventive. For more information, visit www.cuff28.org. 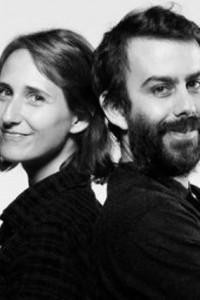