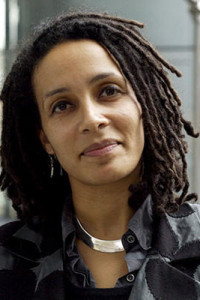 Director of Programming Kim Yutani will join the senior leadership team of the Institute.

Jackson will depart the Institute shortly after the upcoming Sundance Film Festival: London. A public search led by Vicente is underway for the Festival’s next director, according to Deadine.

“Being part of driving forward the mission and purpose of the Sundance Institute has been a deep privilege and a profoundly meaningful part of my life,” said Jackson in a statement. “This incredible organization has only increased my unshakeable belief in artists as a transformative societal force and, in this complex and challenging historical moment, a force more necessary than ever. Going forward, working with and for artists and their freedom of creative expression will continue to be be my guiding light.”

Kim Yutani joined the Festival in 2006, and this year marks her fifth leading the Festival’s programming. In addition to this work, she will now manage Festival industry and artist relations, and work closely with Vicente in the planning of the next Festival alongside senior programmers, John Nein, who also leads Strategic Initiatives, and Shari Frilot, who is also the Chief Curator of Sundance’s New Frontier initiative.

Jackson joined the Institute in 2013 as the Director of the Documentary Film Program, where she oversaw the creation of new programs and resources that supported nonfiction filmmakers worldwide – specifically the Art of Nonfiction Initiative in which she worked with form-breaking filmmakers to create a program exploring the creative process by centering the artist rather than the project.

In February 2020, Jackson was named Festival Director, succeeding John Cooper. Both the in-person 2021 and 2022 Sundance Film Festivals were sidelined by the pandemic forcing them online. Also, in 2021 an extensive broadening of the festival to arthouses and drive-ins around the country was implemented. According to Deadline, the online audience for the 2021 festival was reported at 600,000, up 168% from 2020’s live attendance.

“We are grateful to Tabitha and her contributions to the Sundance mission over the last eight and a half years as a leader at the organization. She helped lead the Sundance Film Festival through the ongoing pandemic, helping transform it for the future, all while keeping independent artists as our north star. There is no doubt that she has left her indelible imprint on the organization. She leaves us with the Festival never more vital than during this time of great change in our industry and in a place to continue to make a meaningful contribution to culture,” said Vicente in a statement. “I look forward to leading the Festival in the interim and working more closely with Kim and our exceptional team of film programmers. The strength and experience of our existing Festival leadership and programming team means there is no shortage of talent to continue forward with the work we are doing for next year’s Festival.”