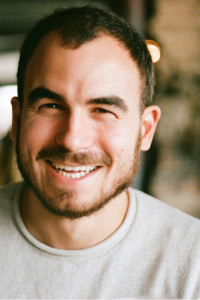 The Chicago made feature SAINT FRANCES made waves when it won not only the Special Jury Award for Breakthrough Voice at the SXSW Film Festival but also the coveted Audience Award. The feature has just been released digitally on iTunes, Amazon Prime, and all major platforms, click here to enjoy it. But first things first, director Alex Thompson stopped by today for Five Questions with SCREEN…

SCREEN: So why should people add SAINT FRANCES to their “stay-at-home playlist” this week?

ALEX: If they’d like to laugh and feel a little better about the world, I think it’s a decent start.

SCREEN: What has been your favorite stay at home activity so far?

ALEX: My brother and I have become obsessed with a game called “Fury of Dracula.” The rules are incredibly complicated, so out of 10+ games we’ve played maybe three correctly. Other than that, just getting to cook for hours on end has special.

SCREEN: Worst job you’ve ever had?

ALEX: Front desk at a gym. I had to check people in AND make smoothies one day a week. I was also working 14 hour days on set at the time, as a PA. I lasted two weeks.

SCREEN: if you could be a member of any band in music history, which would it be?

The Velvet Underground. I just wonder how it all happened. I think there’s no one quite like them. There’s literally an album of Beatles sessions where you get to be a fly on the wall. I could share a tambourine with Moe.

SCREEN: What has been your favorite moment of this entire SAINT FRANCES journey so far?

ALEX: Walking around Paris with [writer and actor] Kelly [O’Sullivan], knowing every breakfast would be divine and every dinner would be late, on the street, with good bread and wine.

SCREEN: So you mentioned you cook? What is your goto dish?

ALEX: I do cook; recently I’ve been making a lot of icecream – Sicilian almond granita, specifically. After that probably a bolognese.

SCREEN: Best birthday present you’ve ever been given?

ALEX: I share a birthday with my grandpa. That’s the best gift every year.

SAINT FRANCES has just been released digitally on iTunes, Amazon Prime, and all major platforms, click here to enjoy it.