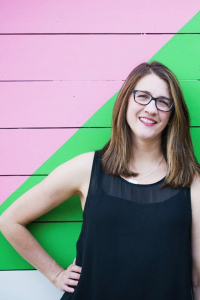 In the advertising world, Super Bowl Sunday is about anything but football. It’s about the commercials! We were thrilled to have Tessa Films Executive Producer and Founder Lisa Masseur stop by Screen after the game to present her picks…

LISA: Salesforce – with Matthew McConaughey – I know what they were going for with the misdirect, but I guess I didn’t buy it, and either way, thought it was pretty boring. And another nod to Hellman’s. They had a great idea about eliminating food waste by using their product stole but the message I think got diminished since they basically tried to remake the classic Reebok spot with Terry Tate that did it way better.

LISA: Less celebrities. More unique ideas or ideas that at least made you feel something. There were very few if any spots that tugged at your heart this year. I guess that’s the result of coming out of 2 rough years of pandemic times.

LISA: It was a year of pretty mediocre ads I thought, but I think that has been the theme of Super Bowl ads for the past several years.

To enjoy the latest work from Lisa and her team at Tessa Films, you can click right here.