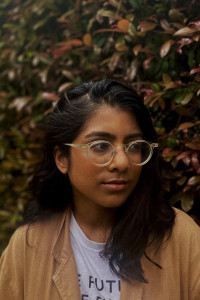 A Chicago filmmaker is bringing her next project back home. Minhal Baig’s most recent feature film, Hala, was a Sundance Grand Jury Award Nominee and critics’ pick, was executive produced by Jada Pinkett Smith, and was purchased by Apple TV. Baig has also written for the Netflix animated comedy series BoJack Horseman. Baig’s latest project is centered in her hometown of Chicago, specifically in the Cabrini Green landscape, and is entitled We Grow Now. Sources tell SCREEN the feature film will be shooting in the Chicagoland area from May 19th through June 26th.

In We Grow Now, two 9 year olds best friends Malik and Eric experience the joys and tribulations of childhood growing up in Chicago in the aftermath of a fatal shooting of a 7-year old boy. Malik is described as “a born leader, a precocious kid who thrives by living on the edge. With salesman-like persuasion – and humor – he convinces his best friend Eric to do as he does. Malik has more energy and daredevil bravado than most kids his age yet he is compassionate and fiercely loyal to the people he loves.”

Minhal Baig was born and raised in Rogers Park, Chicago, to Pakistani-born parents with her brother and sister. She attended Northside College Prep High School. She spent her early years engrossing herself in cinema by seeing Bollywood films at her local movie theater. She moved to Los Angeles in 2017 to pursue her career in film writing and filmmaking.

Her first film, 1 Night, starring Anna Camp, premiered at Austin Film Festival in 2016. “Between its original premise and the movie’s strong visuals, Baig proves that she’s a director and writer to watch in the future, even if there’s room to grow in the present” said the Los Angeles Times.

Baig’s breakthrough hit was Hala, which had its world premiere at the 2019 Sundance Film Festival. The cast was headlined by Geraldine Viswanathan, Jack Kilmer, Anna Chlumsky, Gabriel Luna, Purbi Joshi and Azad Khan, with Baig directing from a screenplay she wrote. Jada Pinkett Smith was among the executive producers of the film. Apple TV+ acquired distribution rights to the film, leading to limited theatrical and a digital distribution of the film in December of 2019.

Hala received positive reviews from film critics. It holds an 86% approval rating on review aggregator website Rotten Tomatoes, based on 37 reviews, with an average of 7.4/10. The critics consensus reads, “Supported by a powerful central performance by Geraldine Viswanathan, Hala offers an insightful look at a young woman’s journey of self-discovery.”

Chicago Producer at the Helm

Sources tell SCREEN one of the producers of the feature film will be Chicago’s Carrie Holt de Lama, a cornerstone of the television and film production community in town. de Lama recent efforts include the pilot and eventual for The Bear which shot in Chicago earlier this year. de Lama served as Unit Production Manager of the popular Chicago-made Showtime series Work in Progress, as well as several episodes of the Emmy-nominated HBO series Lovecraft Country and Showtime’s Emmy winner Shameless. Independent film credits include Executive Producer of the Chicago-made Barack and Michelle Obama tale Southside With You.

Check back here at Screen Magazine for the latest on shooting locations, cast and crew, release dates, and much more as this project forges ahead. You can also click right here to subscribe to our weekly email newsletter. 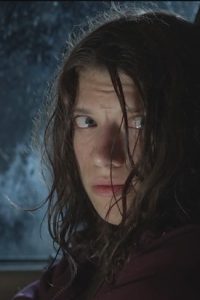