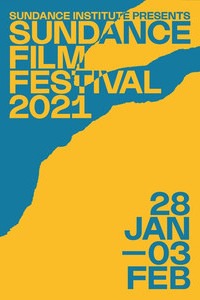 The Sundance Film Festival lineup is set, and representation is paramount for 2021 showcase of new independent work selected across the Feature Film, Short Film, Indie Series and New Frontier categories. The Festival will take place digitally via a feature-rich, Sundance-built online platform and in person on Satellite Screens across the country from January 28-February 3, 2021. Additionally, Festival attendees can gather in virtual waiting rooms, participate in live Q&As, and congregate in new, inspired online environments to interact in a range of ways both new and familiar.

Click here to peruse the full program of World Premiere features and shorts from across the globe, which include directorial debuts The Roots’ Questlove and Robin Wright, and spotlights on everything from trailblazer novelist Octavia Butler to Sesame Street to the iconic Rita Moreno, one of a very select few artists to have won the Emmy, Grammy, Oscar and Tony Award, during her mission to pave the way for Hispanic-American performers in Hollywood.

But let’s look beyond the films themselves for a moment and delve into the impressive representation being offered by the upcoming festival:

Dramatic: 50% of the 10 directors in this year’s U.S. Dramatic Competition identify as women; 40% as BIPOC.

Documentary: 64% of the 11 directors in this year’s U.S. Documentary Competition identify as women; 73% as BIPOC; 9% as LGBTQ+.

Dramatic: 50% of the 10 World Dramatic Competition identify as women.

Documentary: 50% of the 12 directors in the World Documentary Competition identify as women.

Tickets for the 2021 Sundance Film Festival are on sale January 7th. Click here for more from the festival in the weeks ahead.