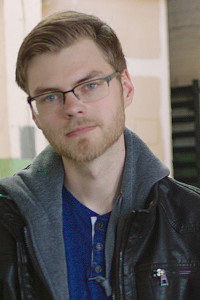 Beginning this May, Smash Virtual is opening a permanent, state-of-the-art virtual production stage in downtown Chicago, bringing the cutting-edge of filmmaking to the Midwest film industry.

To provide this technology to the growing Chicago film and TV industry, SMASH Virtual Production is announcing the opening of a brand new 19,000 square foot virtual production stage located near Chicago’s South Loop, located at 2617 South Wabash. SMASH will offer the largest LED volume in the Midwest, with a 114 foot LED video wall complete with ceiling and camera tracking integration.

The studio offers drive-in loading and a 23,000 square foot parking lot, as well as amenities such as production offices, lounge areas and makeup rooms, making it a truly production-oriented shooting facility. Other offerings include content creation and 3D environment scanning services.

The studio will be headed up by local virtual production supervisor Andy Jarosz (pictured top left), who has more than a decade of experience working in the Chicago film industry. “Virtual production has truly shaken up the film industry,” Andy says, “It offers the ability to shoot a sunset all day, to move locations in a matter of minutes, and to do it all with greater realism than traditional greenscreen backdrops.”

SMASH will also offer educational programs, to better teach directors, producers, and crew members the best ways to utilize this technology in their projects.

The SMASH Virtual Production studio will be opening in May 2022, and is currently taking bookings.