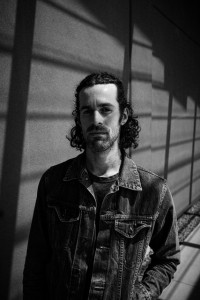 Partnering closely with brands to create a true connection with the audience, Matthew Underwood creates stories that evoke emotion, rather than forcing it. “This type of approach to storytelling makes Matthew a perfect fit here in Seed’s growing roster of highly talented directors and brand integration specialists.” says Roy Skillicorn founder of Seed Media Arts.

Underwood’s filmmaking career started in his late teens when he was part of the Nashville music scene as a music video director. A home-school graduate, Matthew finished just two years of college before he decided to go off on his own. This quickly led to his first major role at a creative agency while continuing to look for innovative ways to tell stories as a film director.

As Underwood progressed through the early stages of his career, he found he wanted to sharpen his skills in the narrative space. His short film “Welcome Home” won a Gold Addy award, helping him land work with Facebook and P&G.

Continuing to set his sights high, he created a memorable original short “Roads Remembered”, that got him attention from car brands such as Mitsubishi. The end result was three spots with Mitsubishi Outlander.

“Once I got away from the competitive mindset of ‘how can I get signed?’, and instead I began focusing on ‘what do I care about, how do I chase stories that matter to me, and how can I be even better at my craft?’ is when his ambitions began meeting reality.

“Matthew’s coming of age as a director is a story of following your dreams,” says Seed’s Executive Producer Brad Johnson, “constantly striving for greatness is what sets him apart from others, and that’s why his work gets better and better with every project.”

It’s not just the final product that clients are impressed with. Underwood tries to create an open and collaborative pipeline throughout the entire process when working with clients. “This approach mirrors what Seed Media Arts holds as its core value” Underwood states, “Being collaborative is a big part of what I do and it’s how Seed goes about production, which is why I feel so good about rostering with them.”