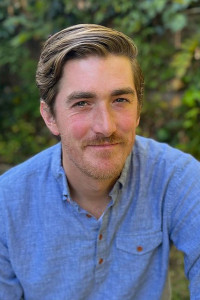 Let’s ring in some uplifting news as we head into the holiday season! Continuing its growth and its investments into excellence, one-stop cross-media production company Sarofsky is promoting Senior Producer Joel Signer to Head of Production and adding LA-based Producer Will Townsend to its staff. The news was announced by the company’s Managing Director/Executive Producer Steven Anderson.

A key contributor to the high-profile output of Chicago’s most prolific agencies and studios for the past two decades, Signer is a former Optimus Colorist who also held Chicago staff producer positions with Beast Editorial, Company 3, and Method Studios. Named Sarofsky’s Senior Producer in 2021 after joining the company in 2018, Signer’s credits include breakthrough commercials, brand films, and docuseries, as well as creative contributions to a growing list of blockbuster films and television series. His notable achievements as producer also include the company’s multi-award-winning original documentary series, “A Mystery to Me.”

“An absolutely invaluable member our team, Joel has produced everything from our docuseries to main titles and everything in between,” Anderson began. “Deeply respected by our artists and clients alike, he is honest, trustworthy, and unafraid of challenges. He’s a fantastic producer, and he’s fully prepared to take on the additional responsibilities as Head of Production.”

“I believe, no matter the size of the project or budget, our attention to the details (large and small) is second to none,” Signer explained. “I am extremely excited about my new role and being part of this incredible team.”

Originally from Chicago, Townsend spent the past nine years with Sony Pictures in LA, where his career soared into the entertainment-industry stratosphere. Most recently the Associate Production Manager: Story for Sony Pictures Animation’s 2022 feature “Hotel Transylvania: Transformania,” his credits also include the Academy Award Best Animated Feature-winning “Spider-Man: Into the Spider-Verse.” Townsend also made history voicing the characters Elliot the Deer and Mr. Weenie in 2015’s “Open Season: Scared Silly,” which earned him an Annie Awards nomination for Outstanding Achievement in Voice Acting.

“After our first conversation with Will, we knew he would make a great addition to our production department,” Anderson said. “His personality is a perfect fit for this business, he constantly brings us a different perspective based on his experience at Sony Animation, and he is eager to learn everything about Sarofsky. Also great with clients, he has all the qualities we look for in our producers.”

“Sarofsky is the perfect balance of what I know (animation) and what I hoped to learn more of (advertising),” Townsend added. “They are very people-oriented and people-driven, with a certain upbeat energy that makes working fun. As a result, the work is extra special, and that comes from the genuine enthusiasm from the leadership and everyone involved.”

To learn more about Sarofsky and view its latest work, please visit https://www.sarofsky.com.