Checkers teamed up with Prysm Studios and Fitzco to deliver a new spot that has us tapping our toes. This is just one ad in an ongoing campaign featuring Checkers’ iconic everyday heroes. These vignettes are equal parts hilarious and effective, each ad bookended with a different sandwich from the brand.

For an extra splash of 90s nostalgia, Checkers and Prysm thought the iconic song “Push It” by Salt-N-Pepa was the perfect fit for this most recent spot’s retro, off the wall setting. It’s not everyday that such a recognizable, classic tune is used and Prysm was certainly excited to work with such a track.

Prysm Studios Founder Ryan Gilbert stopped by SCREEN to chat about the new campaign, but first… let’s roll that 90’s nostalgia and enjoy the spot!

Every Checkers spot features a signature offbeat, tongue-in-cheek humor and quippy phrasing. This particular story follows a bowling alley employee ‘Sean’ as he goes about his after-hour duties, and then some. Prysm was tasked with taking Sean’s moves – from the moonwalk to those epic splits – and funneling them into this bright and expressive spot. It was a collaborative process between creatives to tell the story of the dancing bowling alley worker in mere seconds. For the actors’ part, he had so many moves that it was a long conversation to decide what would make the final cut. And speaking of conversations, let’s chat with the creatives behind the spot…

“It was apparent from the moment we received the dailies that this was a special spot,” Prysm’s Ryan Gilbert shared with SCREEN. “In almost every take, Sean was doing something that made us all laugh during the edit. The hardest part was having to leave some shots on the cutting room floor. But perhaps the most memorable part of the spot is going to be the nostalgic music track that we wound up settling with, ‘Push It.’ When we found out that was going to be the recommended track, I let out an audible laugh of joy.”

“With every project we work on, we put an emphasis on creative collaboration,” Prysm’s Gilbert related to SCREEN. “In this case, ‘Sean’ is the 7th spot for this current campaign, so we’ve really developed a nice formula of not only communication between agency and client, but also maintaining a consistency with the overall messaging. We want to give as much time for the comedy to play out, without losing sight of the overall goal, we’re selling burgers!”

Working on a spot that inspires so much creativity, color, and movement is always fun and
paves the road for more to come as Checkers and Prysm continue to showcase their ordinary
heroes and extraordinary eats.

“We really lucked out with some awesome creative partners. Rarely do you get to work on a spot where you’re laughing almost the entire time.”

For more from Ryan and his team at Prysm Studios, click right here. 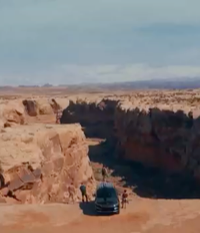 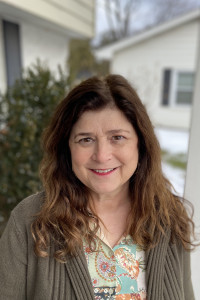