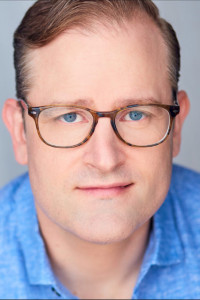 The cardinal is a popular figure, with those red feathers appearing everywhere from baseball jerseys to statewide promotional campaigns. But in the latest spot from Quriosity Productions, Director Kenneth Yoder (pictured here), and a top-notch creative squad, the cardinal is the source of savings on your energy bill… with some quality comedy along the way. Let’s take a look at this new slice-of-life spot for NIPSCO, one of the largest energy delivery companies in Indiana…

“We wanted this spot to play out just as it would have if this happened to these two specific people,” director Kenneth Yoder told SCREEN. “The wife has heard it all before and has a tendency to tune out her husband, who on the other hand is a deeply go-with-the-flow type. We leaned into the matter-of-factness of the moment was a way to create comedic tension in context of the implausibility of what the scenario.”

As for Yoder’s signature approach to branded laughs, “I love that Kenneth really captures the essence of the comedy,” Quriosity Productions Founder and Executive Producer Qadree Holmes told SCREEN. “It feels natural and believable and that always makes a comedy spot even more funny.”

The commercial filmed earlier this Spring in River Forest, a nearby suburb of Chicago. The production team featured a wide array of top-notch Chicago talent, including Director of Photography Christopher Rejano, whose recent work includes SXSW fave SIGNATURE MOVE and the Berlinale Grand Jury Award Nominee, KNIVES AND SKIN, both directed by Jennifer Reeder. Here’s a quick look at Rejano’s lens work in KNIVES AND SKIN…

Back to the Cardinal. Yoder wrapped up the overall experience shooting this charming commercial for NIPSCO with the following: “Everyone was making the same commercial and I think this is the key,” Yoder told SCREEN. “Once everyone is aiming at the same target, then the process tends to elevate and unlock in a way that is super-satisfying and full of joy and hard laughs.”