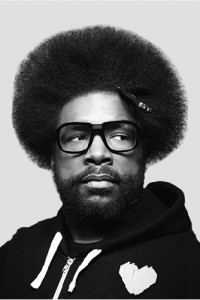 That’s a wrap on Sundance 2021, and it’s Questlove’s world now, we are all just living in it. Best known as frontman for the hip hop band the Roots, or perhaps to some as the leader of the house band for Jimmy Fallon, Questlove has now vaulted himself to the forefront of the independent film scene. His documentary SUMMER OF SOUL (…OR, WHEN THE REVOLUTION COULD NOT BE TELEVISED) won both the audience and grand jury prize in the U.S. documentary section.

On the narrative side, CODA has won the top award at the Sundance Film Festival, taking this year’s Grand Jury prize for U.S. Dramatic Feature. CODA, which made headlines earlier in the fest for its record-breaking $25 million sale to Apple, took the dramatic audience award with Sian Heder taking the directing award for U.S. Dramatic Competition. “I hope that this opened the door to people getting that audiences want to see these kinds of stories,” said Heder of the title, which centers on a hearing teenage girl that is a child of deaf adults. “I hope that this means that more stories that center on deaf characters and characters with disability get put front and center.”

Actor and comedian Patton Oswalt hosted the Awards Ceremony, and you can click here for the full list of jury and audience award winners at Sundance 2021.