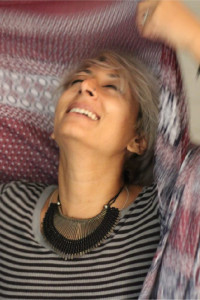 SCREEN’s Joanna Kay talks with powerhouse female filmmaker Iram Parveen Bilal about her critically acclaimed new film I’LL MEET YOU THERE. Enjoy the uplifting interview below then click here to watch this film.

A modern and moving portrait of three generations of a Muslim-American family, I’LL MEET YOU THERE follows Majeed, a Chicago policeman, and his teenage daughter Dua, a gifted ballerina, who are unexpectedly visited by Baba, Majeed’s long-estranged father from Pakistan…

Majeed is given a career-making opportunity that he can’t turn down, but it requires him to use his father’s religious devotion to gain access to the local mosque, while Dua, under Baba’s guidance, begins to question her passion for dance. The three form a tentative bond of family and cohesion that comes to a head in a surprise bait and switch by the FBI.

I’LL MEET YOU THERE defies storytelling conventions and stereotypes in favor of multi-dimensional characters who display their humanity at every turn. Filmmaker Iram Parveen Bilal’s thoughtful writing and directing have yielded enlightening performances in a story of family and betrayal that is both unique and universal.