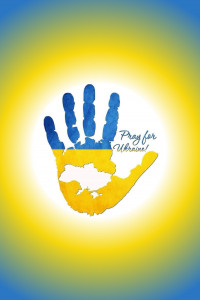 The new podcast Our Fighting Spirit launched a profound mission during its inaugural episode this week. Besides providing a first-hand account of the situation in Ukraine, the program is helping a Kyiv resident relocate to the United States.

“It’s terrifying,” a woman named Oksana tells host Anthony Gigante. “You have to run. You have to hide.”

Oksana, a Ukrainian-born New Yorker, interprets the words of her sister, Yana, who is enduring the attack on her homeland. “The rocket is going their way,” she continues. “They don’t know where it’s going to hit, so everybody have to just go and hide.”

Since invading Ukraine less than a week ago, Russian armed forces have reportedly killed more than 2,000 civilians. They are acting on orders from President Vladimir Putin, who cited dubious security concerns as a pretext for the attack.

Our Fighting Spirit hopes to ease the suffering of at least one of the victims by helping her escape to New York. Here is your first look at the podcast…

“We have people in Hungary lined up at the border who are ready to take (Yana) in,” says Gigante. “We’re going to get her a work visa and get her into the US and reunite her with her sister in New York.”

Gigante is Vice President of Business Development / TV / Cinema at Production Resource Group, the world’s leading provider of services and solutions in entertainment and events. He founded Our Fighting Spirit after he experienced “a vision of giving back” about six months ago.

“I believe that everybody has a story, and stories make us who we are,” he says.

The program, which officially launches this week, is reinforced by Gigante’s own experience.

“About seven years ago, both my parents were dying, I was going through a divorce and I was spending money like water,” he says. “I would get my credit card statements, put my finger over the total amount owed and just make the minimum payment.”

After mourning his loss and rectifying his finances (by working up to five jobs at a time), Gigante decided to start giving back. Since then, he has used a significant amount of his personal savings to help people cover expenses like rent and tuition. He has asked for nothing in return.

“I never wanted the recipients to be confused with some sort of reciprocation,” he says. “Actually, I walk away.”

According to Gigante, Yana’s story is the first of many that shows how Our Fighting Spirit is “not just doing a podcast.”

“It’s about helping people get to the next step,” he says. “And it’s turning into something bigger than I could have ever imagined.”

To learn more about Our Fighting Spirit, click here.