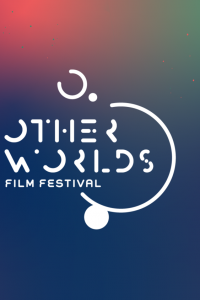 Other Worlds Film Festival has announced the final wave of programming for the 2022, and final, edition. Like the nine-year-old festival itself, this year’s fest will end on a high note, with the World Premiere of Closing Night Film BETWEEN BEFORE from writer/director Sutton McKee. In the tense two-hander, a quantum physicist successfully teleports an object for the first time, on the eve of her and her husband’s divorce. “I love this film because its less about the invention, and more about what an advance like this can do to those involved, and to the wider world,” says Creative and Executive Director Bears Rebecca Fonte, “I also like ending the whole festival with a divorce, nice and bleak.”

Click here for the full lineup for the upcoming festival.

The top of the festival will have a different feel though, with the Thursday night Launch Film MAD HEIDI and swissploitation-themed Launch Party. MAD HEIDI finds a dystopian Switzerland that has fallen under the fascist rule of an evil cheese tyrant, with the braided heroine transforming herself into a vengeful vixen-warrior unwavering in her mission to liberate the motherland. The party afterwards promises lots of Chocolate. And Cheese. And a live cow (*permit pending). And free drinks all night to anyone with braids. Or in Lederhosen.

Receiving its US Premiere at the festival is the latest from Austin’s own Emily Hagins, SORRY ABOUT THE DEMON. In the delightful Horror Comedy, recently dumped Will is offered a massive house at very low rent, not realizing he must share it with a restless spirit in need of human sacrifice. Also making its US Premiere at Other Worlds, in the Wicked Worlds section, is CULT HERO, in which Karen-clone control freak Kallie Jones attempts to rescue her husband from a “wellness center” for vigor-less men with the help of a washed-up expert Cult Buster Dale Domazar whose reality show was pulled when he failed to stop (or possibly caused) a group suicide.

Two films from the 80s will screen as retrospectives at the festival, 2010: THE YEAR WE MAKE CONTACT and one of the darkest children’s films ever, THE SECRET OF NIMH. “Don Bluth stole 14 animators from the House of Mouse because he thought the golden age of animation at Disney was over,” explains Fonte, “he created a masterpiece about the dangers of scientific experimentation on animals and launched a studio.” 2010 will be shown on 35 mm, from Programmer and Screenwriting Director Brett Ryan Bonowicz’s own collection.

Also screening the old fashion way, previously announced wilderness horror DARK NATURE has been given the “Future of Film Award” and writer/director Berkley Brady receives a 35 mm print of her film from award sponsor CPC London.

The festival’s other top prize, The Mary Shelley Award, awarded to the best film that furthers the involvement and representation of women in the SciFi genre will be announced at the festival from the following nominees:

The whole thing kicks off Wednesday, November 30th with an event open to the whole city, The First Annual and Final ‘Final Countdown’ Party Featuring THE BIG QUIZ THING: SCIFI EDITION. For nearly 20 years, The Big Quiz Thing has been America’s premier provider of interactive trivia entertainment, customized for any setting. Founder and Lead Quizmaster Noah Tarnow went to college with Bears Rebecca and she leverages that at every opportunity. Featuring video and music questions and smart-ass points, come PICK UP YOUR BADGE EARLY AND team up with filmmakers and fellow attendees before they head into the dark of the matinee one last time.

Check back here at SCREEN for all the latest news from the festival circuit. You can also click right here to subscribe to our weekly email newsletter.